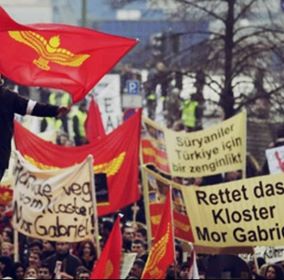 Persecution of REVOLUTIONARY ARAMAEANS in Germany

As soon as the Turkish President Recep Tayyip Erdogan ended his visit to Germany on 29.09.2018, a nationwide raid was carried out on the 02.10.2018 against alleged members of the popular movement “REVOLUTIONARY ARAMAEANS” (Süryani Devrimciler) by the state protection of German imperialism.

The investigations are currently under way against seven comrades, two of whom have already received an order for punishment of 1600 euros each on 22.07.19 with 40 daily rates from the local court Augsburg have received. The affected Arameans have now lodged an objection against the order of punishment.

The court throws the comrade the carrying of a flag of the German the Marxist-Leninist government, observed by the Federal Office for the Protection of the Constitution. Revolutionary People’s Liberation Party Front (DHKP-C).

In fact, it was a flag of the “Communist Aramaeans of Mesopotamia” with a hammer, sickle and star on a red background carried by the activist.

The main accused in this trial is the 28-year-old activist Sami Baydar from Augsburg.

Sami Baydar (Grigo) is a theologian in the Syriac Orthodox Church of Antioch and a left-wing political activist who campaigns for the rights of the Arameans, especially in Turkey.

On the regular inquiry of the woman barrister of Sami Baydar, which pulled itself now already for 3 months through, in order to get inspection of files, was her a temporary refusal granted with the reason: “that currently an examination procedure against Sami Baydar is in progress. was initiated by the Office of the Attorney General from Karlsruhe for paragraph 129b StGB (Criminals and Terrorist Associations Abroad).”

The “People’s Council of the Aramaeans” (Süryani Halk Meclisleri) criticized the fact that the court and the state did not even It was difficult to research the flag of the “Communist Aramaeans of Mesopotamia”, which had been interpreted as forbidden, cleanly.

The criminalization of revolutionaries from Turkey such as the DHKP-C and Kurdish National Movement would now be accompanied by the persecution of to active left Arameans, it says in a written statement of the People’s Revolutionary Movement Arameans.

Who are the REVOLUTIONARY ARAMAEANS?

To commemorate the 100th anniversary of the genocide of the Aramaic of 1915 in Turkey, intellectual Aramaic Turks from Tur Abdin have joined together and in 2015 in Midyat the popular movement REVOLUTIONARY ARAMAEANS (Aramaic: Suryoye Qauwonye) was founded.

In the year 2017 was then 100-Years commemoration of the socialist October Revolution in 1917 by the REVOLUTIONARY ARAMAEANS founded the organization “Communist Aramaeans of Mesopotamia”. 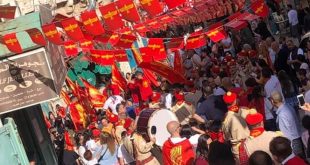 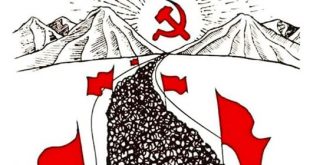 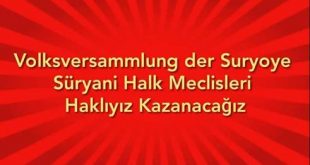 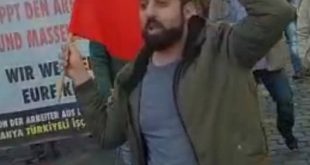 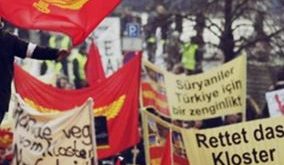 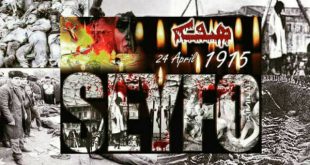 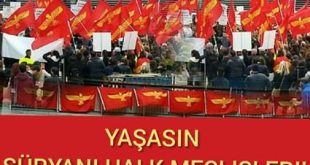