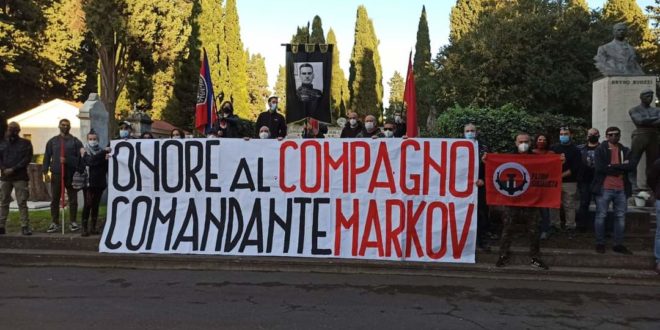 In the early afternoon, at the Verano cemetery in Rome, comrades of Patria Socialista organised a final farewell to Comrade Commander Aleksej Markov, who passed away last Saturday due to a car accident in Donbass.
The commander was celebrated as a hero of socialism who died in the fight against fascism at the monument to the fallen partisans.
The ceremony opened with the sound of “Silence” played by one of the musicians of the Banda Bassotti. Among those present were exponents of the Italian Communist Party, Communist Party, Militant, Banda Bassotti, Anti-Imperialist Front, but also many comrades who participated in the various Antifascist Caravans organized in Donbass in the past years.
Some representatives of the organisations and parties present recalled the commander from both a personal and political point of view. All with an internationalist outlook in which the watchword resounded: ¡NO PARARAN!
Each participant put down a red carnation as a farewell. 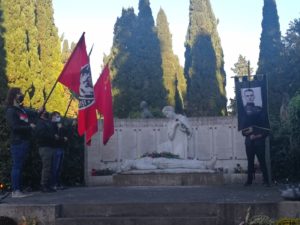 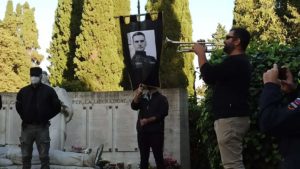 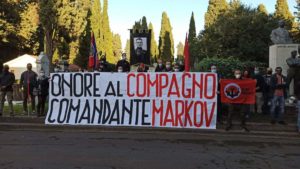 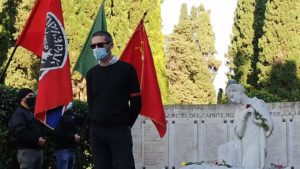