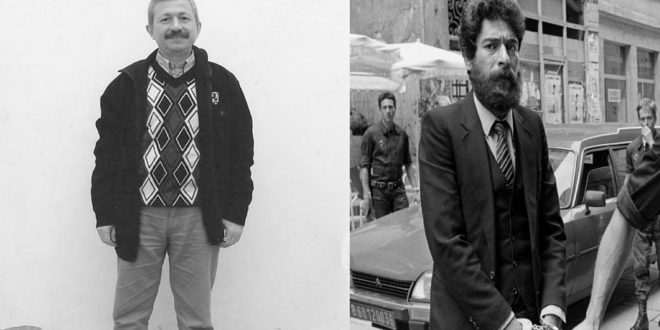 Political prisoner Ali Osman Köse, who spent 37 years of his life in prison cells, suffered from severe illness as a result of staying in F-Type isolation cells for many years. AKP fascism continues to add crimes against the people and revolutionaries by insisting on the torture of isolation.The aggravated life sentence means death slowly and silently. Although Didem Akman went on a death fast to change the conditions, hundreds of prisoners have been living in these conditions for years. Many diseases await prisoners as a result of the isolation system.

Ali Osman Köse devoted his years to the revolutionary struggle and took his place at the forefront of this struggle. He showed his loyalty to his people and homeland with the prices he paid. Now is the time for us to fight. We want freedom for all sick prisoners. We will not leave our captives in the hands of this inhuman system.

On October 24, 2020, the Lebanese revolutionary communist Georges Ibrahim Abdallah completes 36 years of captivity in the French state prisons. He is the longest-serving political prisoner in Europe, as the French authorities retaliate by depriving him of his conditional release, which he has been entitled to since 1999.

The revenge in the face of this invincible revolutionary shows the stubbornness of the French state, the state of Israel and the United States against him, for his revolutionary action on the side of the Palestinian Resistance against the Zionists.

In 1971 he enlisted in the Popular Front for the Liberation of Palestine, taking an active part in the struggle against American imperialism and the murderous state of Israel, while in 1978 he was wounded in battle against the Zionist military forces that had invaded Lebanon. On 24 October 1984,was arrested by French authorities on charges of possession of a forged passport and three years later sentenced to life in prison as a member of the Marxist Lebanese Revolutionary Armed Factions for participating in the executions of Charles Rey, military attaché to the US embassy in Paris and Yakov Barsimandov, Mossad agent and secretary of the Israeli embassy in Paris. George Ibrahim Abdallah is a shining symbol of the heroic struggle of the Palestinians and at the same time of the revolutionary movements internationally.

Ali Osman Köse and George İbrahim Abdallah with their unwavering stance, they clearly proves that the fighters who fight against the system of exploitation, imperialism and its murderous plans, they do not bend no matter how great the price they are called to pay for their action, because in their hearts and minds the law of their struggle is deeply engraved.