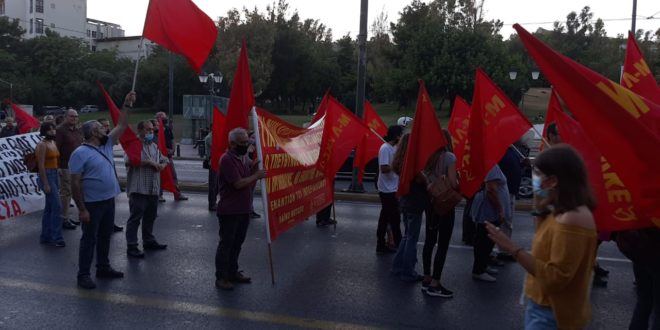 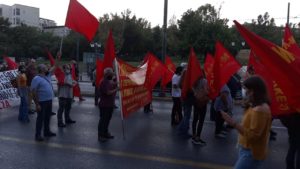 Police attacked a march in Athens, the Greek capital, on Monday (September 28th) protesting against US Secretary of State Mike Pompeo’s visit to Greece. The crowd who wanted to walk to the US embassy was prevented by police who sprayed tear gas.

US Secretary of State Mike Pompeo is one of the murderers who sucked the blood of the peoples, who gave them no other way than starvation, poverty and death. Pompeo’s visit to Greece is also designed to suck the blood of the Greek people  by means of the collaborationist government.

In the action, which was attended by many left and anarchist groups, Anti-Imperialist Front in Greece took its place in the march with anti-imperialist banners and slogans.

Down with Imperialism, Long Live the Struggle of the Peoples

Down With Fascism, Long Live Our Struggle 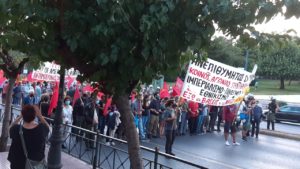 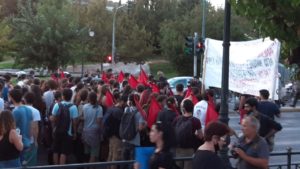