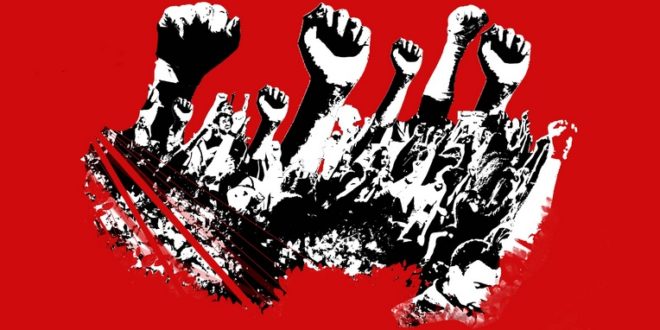 On 23th and 24th of September, in Athens after a so-called “anti-terror” police operation three Greek comrades were arrested. * We stand by them! Their struggle is our struggle! We are together in the anti-war, anti-fascist, anti-imperialist people’s movement. For the Rights of our Class – for the People’s Justice! We Are The People And We Are Right! International Revolutionary Solidarity Will Win Fighting Against Fascism and Imperialism Is not a crime – IT’S A DUTY!

To of them released and the third one will be on prosecutor tommorow in Evelpidon court in Athens faced of accusation of distinguished weapon possession.

We stand by him, shouting for freedom because solidarity is the weapon of the people!