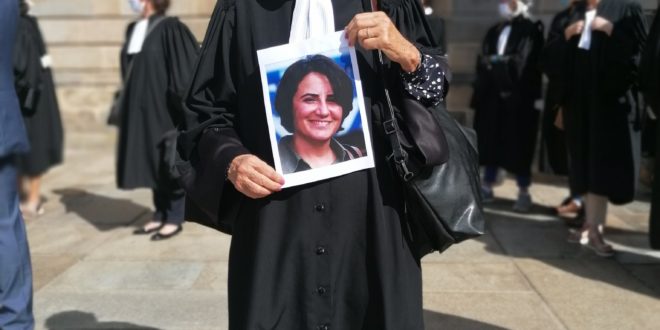 In several countries and cities of Europe, from Paris to Barcelona and from Nantes to Milan, the colleagues of the lawyers Ebru Timtik and Aytac Ünsal held a minute of silence today noon before their court hearings to commemorate Ebru Timtik, who fell martyred in her death fast for independent jurisdiction and the principle of laws.
Ahead of the pictures of Ebru and Aytac, there was also shown the picture of the imprisoned Iranian lawyer Nasrin Sotoudeh!
Some of the cities and countries, where a minute of silence was held today for Ebru Timtik:
FRANCE: Strasbourg – Lille – Rennes – Paris – Rouen – Montpellier – Tulle – Limoges – Clermont-Fd
CATALANIA: Barcelona
ITALY: Milan – Bastia
TUNESIA
BELGIUM: Brussels
NETHERLANDS: Amsterdam 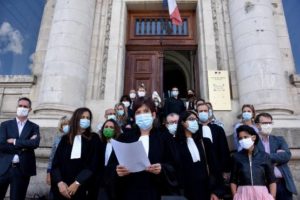 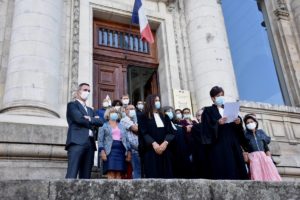 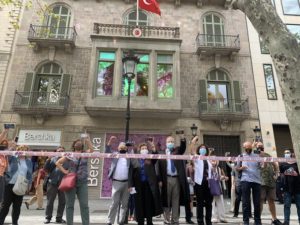 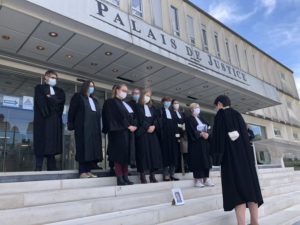 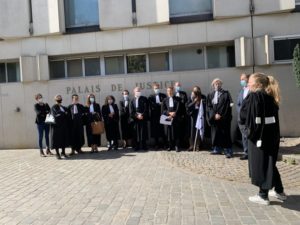 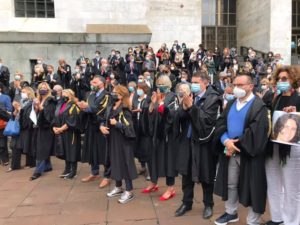 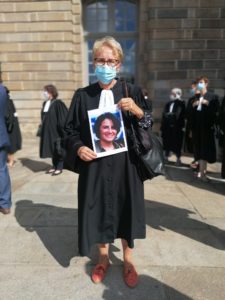 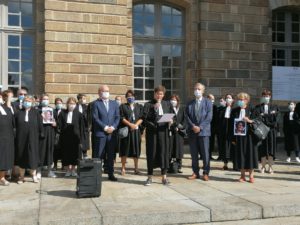