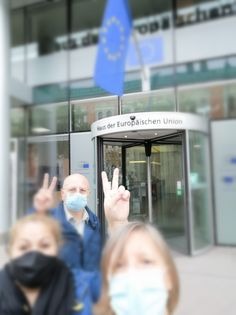 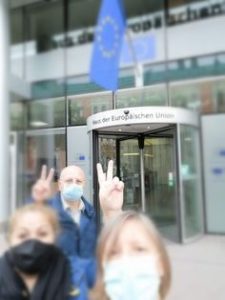 Today (August 31, 2020) the ‘Austrian Freedom Initiative for Imprisoned Lawyers’ went to the European Union House in Vienna, the representation of the EU in Austria, with a letter in support of the death fast resisters in Turkey, to be submitted to the responsible bodies of the European Union. A delegation of 3 persons went inside the building to submit a letter and to express that it would also follow up the promises made by leading European politicians after the death of people’s lawyer Ebru Timtik. The spokes person of the European Commission had expressed his deepest concern over the death of Ebru Timtik and has called the authorities in Turkey to respect rule of law and the right to fair trial, for which Ebru Timtik has sacrificed her life. He also demanded release of lawyer Aytac Ünsal without delay. The delegation also reminded that politicians and bodies of the European Union were urged several times to act in order to prevent the death of the hunger strikers for a fair trial. However, only after the death of Ebru Timtik statements were released on the issue. In the letter of the initiative, it was expressed that that the official statements by European Union in support of the legitimate demands of the resisters were appreciated and that everything possible should be done now to save the life of Aytac Ünsal, as well as to find a solution for the political prisoners Didem Akman and Özgür Karakaya, who have been on death fast for 193 days already. 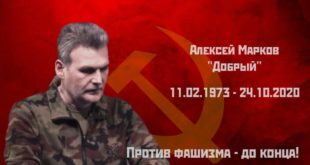