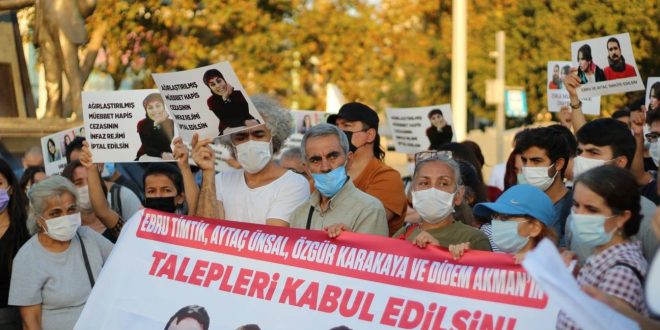 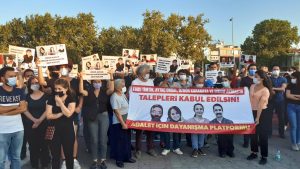 A press statement was held yesterday at Iskele Square in Istanbul/Kadiköy by the Solidarity Platform for Justice in support of the lawyers Ebru Timtik and Aytac Ünsal who are on death fast for fair trial.

In the statement it was said that Timtik and Ünsal weren’t released despite the reports of the Forensic Medicine Institute and that their demands for justce were left without respond.
It was stressed that it was against the law to keep both lawyers in hospital against their will and pointed out that Timtik has been fasting for 232 and Ünsal for 201 days. A call was made to raise the solidarity with the resisters.

In the statement it was also said that the demands of the prisoners Didem Akman and Özgür Karakaya, who are on death fast for 185 days, shall be accepted.

“WE BELIEVE IN THE SACREDNESS OF LIFE”
On the other side, the Progressive Jurists Association (CHD) held a press statement in front of Bakirköy’s Sadi Konuk Education and Research Hospital, where Ebru Timtik is kept.

The president of the Medical Association of Istanbul, Pinar Saip, who participated in the meeting said “Infinite, the demand of our lawyer friends for the right to a fair trial has to be considered by the authorities. They risk their lives to express these demands.
We want the authorities to hear this and to return to a fair prosecution process as immediate as possible. By that, it’s possible to save their lives. We believe in the sacredness of life. Therefore, as doctors, we want that their demands are taken into consideration as immediate as possible”. 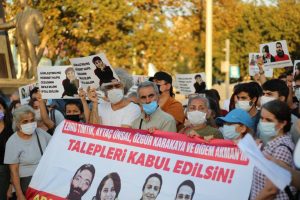