BIGtheme.net http://bigtheme.net/ecommerce/opencart OpenCart Templates
Home » MANŞET » A Protest Was Held İn Front Of The US Embassy İn Sofia On July 21 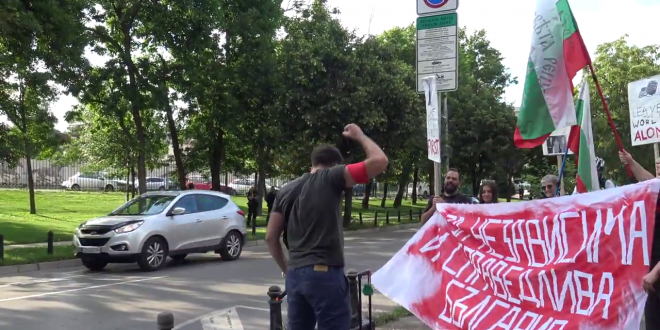 The title of the event was “Against foreign influence on Bulgarian politics”. The main slogans were “Down with the lackeys of American imperialism”, “Yankees, go home”, “For a free and just Bulgaria”, “Boyko Borissov (the Bulgarian Prime Minister) – a servant of Hero Mustafa (the American Ambassador to Bulgaria)”. The reason for the protest was the demonstrative visit of the American ambassador to Bulgaria to Prime Minister Boyko Borissov in the midst of large anti-government protests in the center of Sofia and other cities in the country. A day later, Borissov said he remained in power despite the protests because he had the support of the United States and the European Union. This visit at this time shows that the important decisions about what will happen in the country do not really depend on the Bulgarian institutions, but on the American embassy.

American diplomats were the first to stand behind Bulgarian citizens, but apparently their goal was only to use people’s discontent for their own purposes. We fully support the protest, but this is another example of gross interference in our internal affairs. Sanctions announced by Secretary of State Pompeo against EU companies could also threaten key infrastructure projects in Bulgaria. What will be built on Bulgarian territory is decided by the Bulgarian people!

The idea of the Protest can be replaced. The drive for change and social justice will subside because our domestic and foreign policies are dictated by foreign embassies.

Bulgaria must find its way without listening to foreign embassies.

We do not want to be taught democracy by a state that silences and persecutes its critics such as Edward Snowden and Julian Assange. The US government continues the war against its citizens. This was also seen in the case of George Floyd’s death. We are not against ordinary people in America, but against the political elite, which believes it has the right to interfere anywhere in the world.

For an independent and dignified Bulgaria! 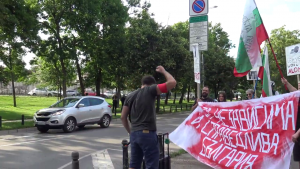