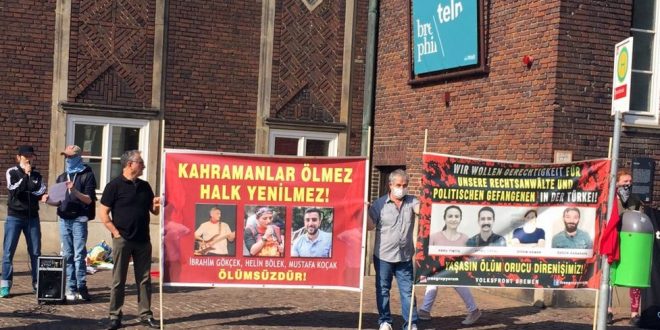 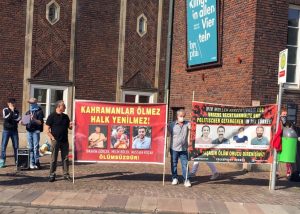 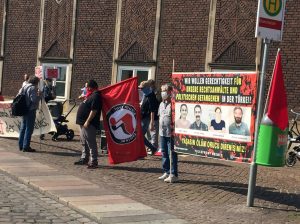 On Friday June 19, 2020 in the German city of Bremen, a protest action was held against injustice in Turkey and in support of the people’s lawyers Aytaç Unsal and Ebru Timtik who demand a fair trial and freedom and for the free prisoners Didem Akman and Ozgur Karakaya – all are on the Death Fast. The action was supported by international left groups and attracted about 100 people. The action of solidarity, in which the slogans of support were frequently chanted by our German friends as well, lasted approximately one hour.

Freedom For All Political Prisoners!