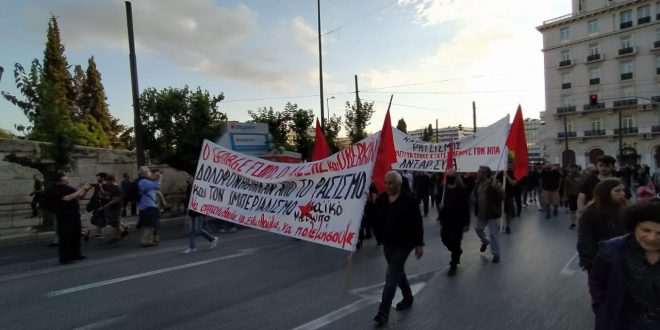 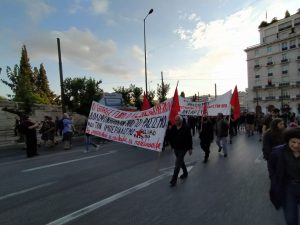 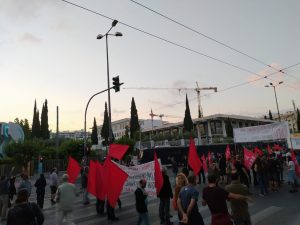 A march was held in Athens, the capital of Greece, for George Floyd, who was murdered by police in Minneapolis on May 25, 2020. The march, which started from Syntagma Square in front of the Greek parliament at 19:30, ended in front of the US embassy in Athens. People of the Front also participated in this support march with banners and pennants.
The march that came to the front of the American embassy wanted to make a press statement and commemorate George Floyd, but there was a conflict with the Greek police guarding the embassy. The march headed towards the side streets where there were clashes, and then withdrew.
Down with American Imperialism
Murderer USA Collaborator AKP
Down With Fascism, Long Live Our Struggle
Approximately 10,000 people took part in the march.