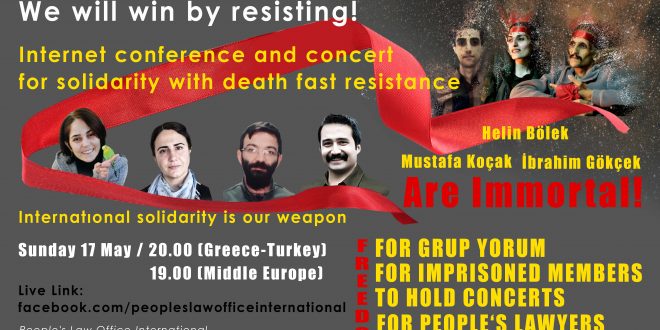 On Sunday May 17, an international solidarity concert and conference was posted on the Internet, under the slogan “Our Fight For Justice Continues! We Will Win By Resisting!”.

Members of Grup Yorum in Turkey and Europe as well as People’s Lawyers took part in the event, which was watched by about 20,000 people over the internet. The next day that number went up to roughly 28,000.