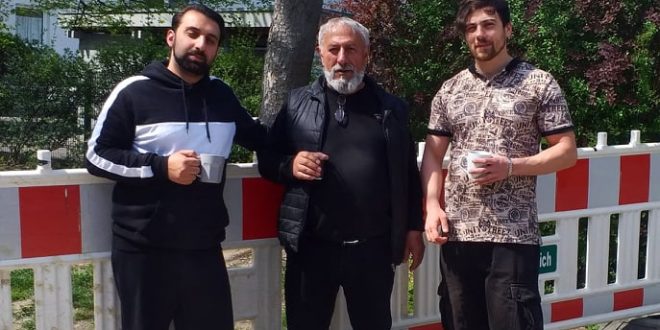 481 people from all over Europe joined the hunger strike of Ibrahim Gökcek, bassist of Grup Yorum and Mustfa Koçak, political prisoner, for one day.
Ibrahim Gökcek and Mustfa Koçak are on the 307th and 293rd day of death fast respectively to protest against the injustices suffered by the Turkish Government.

Ibrahim Gökcek, a member of Grup Yorum, with his hunger strike calls for the end of the ban on concerts and songs by Grup Yorum and in general for an end to the repression against the art and artists of the people.

Mustafa Koçak is in death fast to denounce the unfair trial against him. For more than two years the 28-year-old man has been in the F-Tipi prison of Kiriklar, in the province of Izmir, and is demanding the reopening of his trial. He has been sentenced to life imprisonment aggravated by the false testimony of a collaborator.

Since April 5, two people’s lawyers, in jail since 2017, have also joined the death fast. They ask to be able to continue their profession according to justice.

The hunger strike is based on morality and community support. Those on hunger strike are aware that they will not succeed in getting the attention of those who are called to account for a crime, except through international solidarity.
The aim of this hunger strike is to attract attention and to call all the activist, progressive, democratic and anti-fascist people to show solidarity with Grup Yorum, Mustafa Koçak and the People’s Lawyers, so that justice can be done.