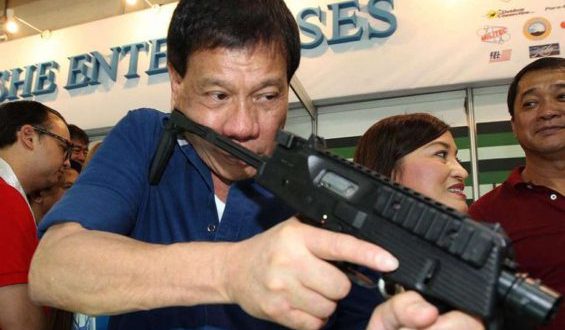 PHILIPPINES. WHOEVER REBELS WILL BE KILLED

Filipino President Rodrigo Duterte during his video message to the nation seen by the entire Filipino people on April 1, said: «My orders are to the police and military, including village officers (barangay), that if there are problems or a situation arises in which people are fighting and your life is in danger, to shoot and kill,» and specified his thought: «Instead of letting you cause trouble, I will send you to the grave».
In the Philippines the Covid-19 pandemic is fought by threatening citizens with death, it is not an irony, is what their President Duterte said in the video message to the nation. the order is to shoot to kill.
The threat came after the arrest of 12 people found protesting against the government and calling for help to overcome the emergency. In Quezon City, on the island of Luzon, the 12 people arrested were on the street protesting against the government without authorization, but it is not clear if all participants were demonstrating or if someone was simply looking for food. There is concern in the country about how the poorest sections of the population can survive the month of lockdown imposed on the island of Luzon, the largest island in the archipelago and the capital Manila.
The government has also asked hospitals not to report COVID-19 deaths.
Since the beginning of the Duterte administration in June 2016, thousands of Filipinos, mostly from poor and marginalized communities, have been killed – by the police or unknown armed individuals, some with links to the police – in the so-called “war against drugs”.