BIGtheme.net http://bigtheme.net/ecommerce/opencart OpenCart Templates
Home » Solidarity » The FAI, in solidarity with Grup Yorum and the latest victim of the violence of the Turkish state, Helin Bölek 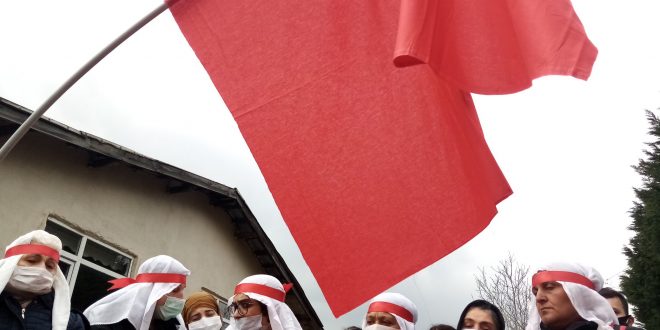 The FAI, in solidarity with Grup Yorum and the latest victim of the violence of the Turkish state, Helin Bölek

The anti-imperialist struggle is not only about fighting wars and military aggressions, against sanctions and political aggressions, against economic plundering; the anti-imperialist struggle is about all spheres of life, including the sphere of ideas, art and culture. It is in this sphere that the Turkish music band Grup Yorum is fighting, and from there, through the medium of music, it is liberating minds from imperialist propaganda and decadence.

Under the pretext of fighting terrorism, Grup Yorum’s concerts in Turkey are banned, its musicians are on the list of terrorists and those who are not in exile are in prison. This situation led the members of the group to start a hunger strike, demanding that the ban on organising concerts be lifted, that its members be removed from the list of terrorists and that its imprisoned members be released.

After 288 days of hunger strike, Helin Bölek died. During this period the state responded only with kidnapping and attempted forced feeding, but without success.

As FAI, we stand in solidarity with the anti-imperialist struggle of Grup Yorum, which showed its internationalism and solidarity with all oppressed peoples; we denounce the murderous policies of the Turkish state against its own people and the peoples of the region; we demand the fulfilment of Grup Yorum’s demands and an end to the death of the artists.