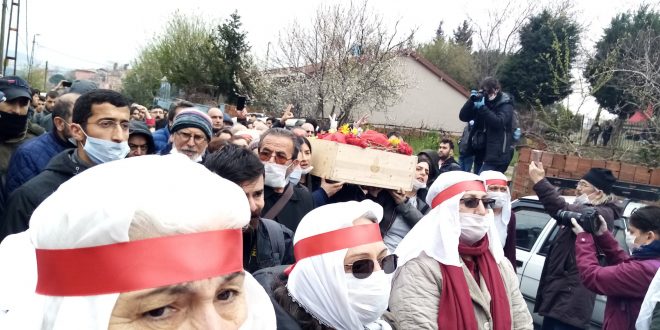 Comrade Helin Bölek engaged in the struggle for socialism, using art as an instrument of the struggle in the service of the people against the oppressor state in Turkey and imperialism, undoubtedly her mind was fixed upon the interests of the people and the suffering of the immense majority.

Helin engaged in the struggle against the vile political persecution directed at Grup Yorum and the defence of freedom of thought, expression and opinion, fundamental rights that have been conquered by the people in difficult struggle and which imperialism and the reactionaries have not ceased to negate 24 hours a day in the 21st century.

Comrade Helin died for the interests of the people, her death is dignified and weighs more than Mount Taishan.

From the lands of South America, we wish to send our deepest expressions of grief and condolences to our fraternal people of Turkey, to the members of Grup Yorum for such a loss and the clear pain it causes, we are sure they will know how to turn the pain into strength to continue to fight for a new world that we long for, a common cause with ours and a reason for our unwavering struggle.

The death of Helin will remain engraved in the history of the people of Turkey, just as will be the reactionary Turkish state’s inescapable responsibility, along with that of those who sustain it, imperialism and its lackeys, a death that the people have the right to render a judgment for and punish.