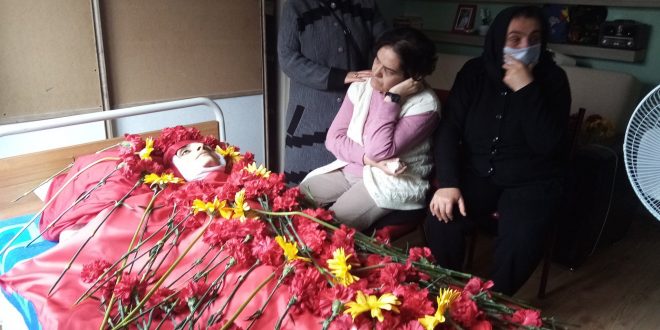 Sleep, red sister of the revolution.

Don’t be upset just because our eyes are a little red.

(From the poem Yannis Ritsos written to Ilektra Apostolou)

Grup Yorum resisted and became martyred for the demands of removal of concert bans, stop the raids to the Idil Cultural centre, freedom for Grup Yorum members, removal from the terror lists.

She was martyred, just because she couldn’t freely sing her folk songs without being tortured or arrested. Her body was the voice of the class war of the People, The Voice of the exploited, the workers, the youth, the refugees, the political prisoners, the revolutionaries, the anti-imperialists, the guerrillas and all the rest of the world. Therefore no matter however much they want they will not be able to silence Grup Yorum because for 40 years they have failed to stop Grup Yorum through their attacks, torture, oppression, imprisonment.

Because Grup Yorum is people, that educate the people and grow the struggle. Their connection with the people is the anthems and folk songs of those who resist, the strikes, the actions, the struggle of the workers. Her voice will always be among us.

Her voice will be in the beautiful and difficult moments of our struggle. Because Helin has sacrificed Her life for freedom of expression , against fascism, imperialism and the exploitation of her people. She sacrificed with belief and patiently to build the new world the new man. And history will be written like this.

A LIFE GIVEN TO STRUGGLE, WE PROMISE YOU WE WILL ASK FOR THE ACCOUNT
WE ARE RIGHT WE WILL WIN!
SENDING OUR STRENGTH TO OUR COMRADE IBRAHIM GOKCEK WHO IS ON DEATH FAST FOR 291 days 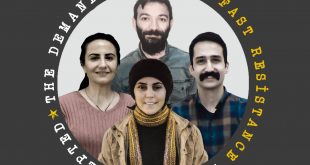