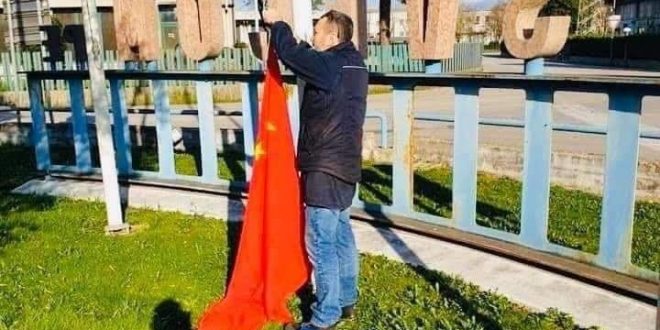 Russian Aid Divides Italian Politics But Not The Italian People

It’s called the Red Axis. It starts in China, passes through Russia and reaches Cuba. It involves countries that have already experienced and defeated the coronavirus; that are keeping it away or want to learn how to manage it. They all have a common denominator: providing material aid and know-how at a time when others, primarily the European Union and the United States, are on the run.

To contradict the facts, all the Italian mass media have been a sounding board for the dangerous Italian political attitude.

Italy has seen a complete breakdown in waiting for its politicians and primary economic allies to come to its aid:

In these conditions, the Italian government has asked for help from other partners who have raised unfounded accusations by the toutcourt policy (both inside and outside the government):

As far as China is concerned, we cannot speak of the Marshall plan as an invasion because for 70 years the USA has presented it to us as a positive example of brotherhood, while now, with China as the protagonist, they present it as a form of subjection. So either it has always been an invasion or it never was. The truth, of course, is that the Marshall Plan has always been a plan of subjugation because there were specific clauses to adhere to it. First and foremost, the clause to choose the liberal economic route. That is why, at the time, the USSR immediately pulled out of it. The economic choice of the free market is also a political choice.

China is not totally foreign to Italy. Let us remember that a year ago the first steps of a memorandum known as the “Silk Road” were signed in which there were the first beginnings of the opening of our market towards the Chinese one. Immediately the U.S. government did not fail to express its dissent and threats if this relationship was intensified and cemented.

As far as Russia is concerned, currently the accusation of the invasion falls on its own because the 15 Il-76 cargo planes were loaded with over 120 military doctors, virologists and epidemiologists and dozens of masks, ventilators and other devices destined for Bergamo, the city most affected by the epidemic.

With this free aid, the Kremlin spokesman Dmitri Peskov explains that Moscow “is not looking for a political counterpart from Italy”.

A final note should be dedicated to Cuba’s aid, which the U.S. Embassy in Havana has urged it to refuse. Cuba has always offered medical assistance in all emergencies in the world and today its international medical missions are addressed to those affected by Covid-19. It has already been to China, and it is currently in Nicaragua, Venezuela, Suriname, Granada, Jamaica and Belize to fight the same pandemic, as well as in Italy.

The intimidation of the USA not to accept Cuba’s aid, under embargo, has deserved numerous expressions of repudiation on social networks and shows once again, only how close the imperialist system par excellence is to implosion.

It is in times of crisis that we meet those who are truly great and true friends. This feeling has certainly entered all the Italian people who, faced with such a great catastrophe, have begun to remove European flags from many buildings and replace them with those of Cuba, China and Russia.