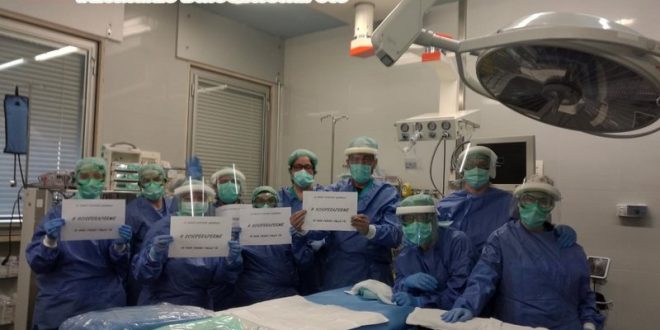 GENERAL STRIKE OF WORKERS IN ITALY

The largest general strike of workers in Italy took place on March 25th. All categories remained at home to protest against neoliberal policies that do not provide for the protection of people’s health.

In the midst of the coronavirus emergency it is not possible that while everyone is called to stay at home there are still workers forced by Confindustria, financial speculators and the ruling classes to carry out their duties as in a situation of normality, victims of a system that puts the profit of a few before the health of many.

The general strike was proclaimed by USB to demand the closure of all non-essential production and thus prevent the spread of coronavirus contagion among workers forced not only to move on crowded vehicles – in obvious contradiction with government Decrees – but to work in conditions of total insecurity.

In a note the secretariats of various trade unions read: “We mobilize to defend life and health – the text says – In the government Decree many activities that are neither essential nor indispensable have been included among those that can continue to work. The inclusion of a series of activities of various kinds in the business activities to be considered essential, which have nothing essential, weakens the decree and creates the effect of reducing to a minimum the number of workers who can ‘stay at home'”.

From north to south, from Trieste to Taranto, empty logistics warehouses and factories with stops involving up to 70% of the workers.

It is precisely the health workers, often precarious, who sanction the very strong adhesion of those who cannot strike but still want to be virtually present on the day of struggle.

Vincenzo Boccia, president of Confindustria (Confederation of Italian Industry), who in recent days had challenged the idea of a general strike with these words: “The general strike? I honestly don’t understand on what, the closures of the factories are even more restrictive than what the government had indicated to the unions last Saturday. I don’t understand any more than that what should be done”.

This 25 March is a decidedly exciting panorama despite the thick blanket of media silence. But today’s extraordinary mobilization is not thanks to the syndicates, but rather to the great and unprecedented movement of the people who, despite impossible conditions, have been able to make their voices heard and force their bosses, the government and their allied syndicates to march backwards more and more ridiculously every day. When the people are strongly involved, they also know how to rebel and we are finally seeing the first steps of the advance of social awakening and the evident fallacy of the capitalist system.

The watchword was and remains “Health First! Close everything!”