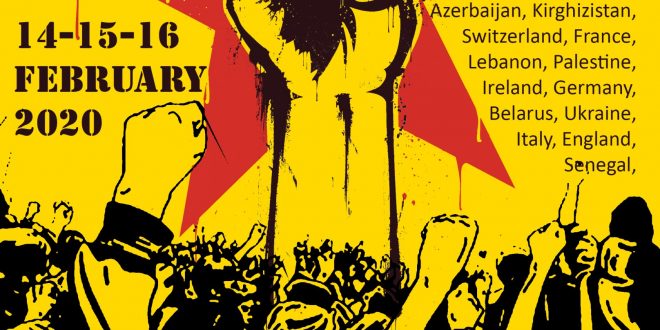 Let’s unite, fight and win against imperialism and fascism!

We call on all anti-imperialist forces to increase revolutionary internationalist cooperation.

LET US BUILD UP THE ANTI-IMPERIALIST FRONT against imperialism especially America, and its domestic collaborators in our countries!

The symposium organised by the Anti-imperialist Front will be held in Athens, Greece on 14,15 and 16 February…

In order to strengthen the fraternity of the peoples of the world, we call to organise in the ANTI-IMPERIALIST FRONT TO RENDER AN ACCOUNT FOR every drop of our blood shed by imperialism, every drop of our tears shed, every inch of our land stolen, every inch of our homeland exploited and plundered!
Let’s meet at the Anti-imperialist Front Symposium in Athens on February 14, 15 and 16!

LET US UNITE, FIGHT AND WIN AGAINST IMPERIALISM AND FASCISM!

– What are the attacks by imperialism in the world and the imperialist policies for the period? How do we fight them?
– Drugs are a weapon used by imperialism against the peoples!
– Mustafa Koçak and Grup Yorum are resisting with their death fast for Justice.
– Unjust trials in Europe and other countries of the world.
– How should we organise the fight for justice?
– On December 19, all the world’s revolutionary martyrs will be commemorated in prisons.

WE ARE THE PEOPLE, WE ARE RIGHT, WE WILL WIN! 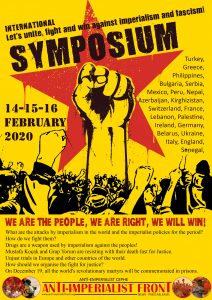 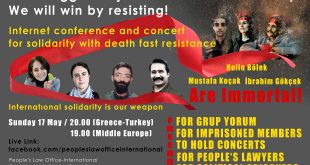