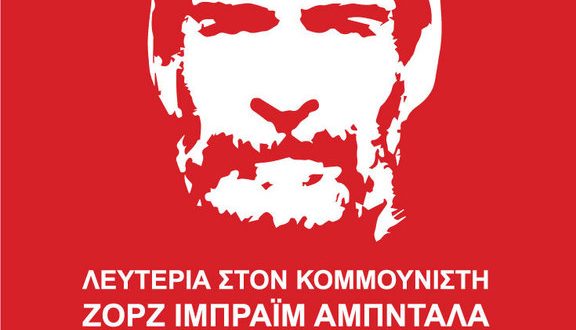 A protest in support of Georges Ibrahim Abdallah took place in central Athens yesterday, October 24. The Greek police blocked off the road in front of the French embassy, using several police buses as barricades, as in earlier occasions. The Anti-Imperialist Front and People’s Front were present, as were others, including Palestinians who displayed a large Palestinian flag. PFLP flags were also displayed. Flares were lit.

A small, cheerful group of Chileans turned up denouncing austerity in their country and its government.