BIGtheme.net http://bigtheme.net/ecommerce/opencart OpenCart Templates
Home » Republican SINN FÉIN Poblachtach » News » Members of Sinn Féin Poblachtach along with a member of the IRSP took part in this summer’s European work brigade in Cuba from 25th June to the 25th July 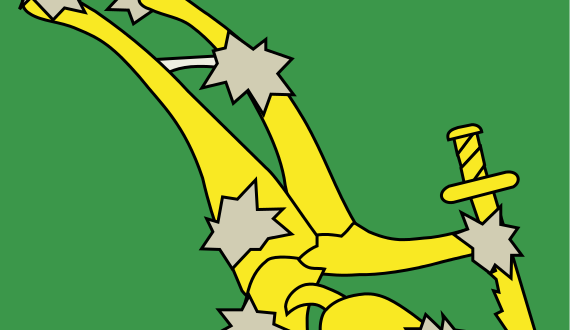 Once again members of Sinn Féin Poblachtach took part in the European Work Brigade to Cuba in June/July. We were situated approx. 40 Km from Havana in Campimento International Julio Antonio Mella (CIJAM). The camp comprises of approx. Seventy 4/6 bed rooms, a small bar, dining area and an area for concerts and cultural displays. It also boasts its own bank/money exchange that gives the best rate of exchange and the camp has many Mango Coconut and Avocado trees within.

The European Work Brigade is now approaching its 50th anniversary and this year had 54 participants from 15 different countries. While originally it was purely a work brigade to help out in the early days of the revolution it now has a four-fold purpose; 1/to educate people on the Cuban struggle and its present-day system, 2/ physical work in different areas like agriculture, construction and environmental protection, 3/ touristic enjoyment of this beautiful Caribbean Island that is on many peoples “bucket list”, and 4/ opportunity to meet political people from many other European regions and countries.

Most afternoons we attended seminars or meet-and-greet sessions with a diverse selection of society. Members of youth organisations, women’s organisations, experts from the financial sector, teachers etc, the list goes on and on. All were willing to answer questions on their field of expertise and interact with the brigade members, there was much interest in how the Cuban system has changed since the changes agreed over the past Ten years or so, how opening up to some form of private enterprise has impacted the socialist system.

It was explained by most that the USA blockade on Cuba has never ended, even under the Obama administration, some aspects might have been eased slightly but it stayed. Now under Trump those easements of Obama have been rolled back on and the blockade tightened by the enforcement of Title three of the Helms/Burton Act,

The long-standing and technically illegal blockade was becoming less and less effective over the years. Many countries and business had realised the arbitrary nature of the blockade was illegal under international law. The breaking of the blockade was clear to see for any tourist as soon as they landed in Havana, a city that was synonymous with pre 1960 and former Russian vehicles now has Japanese French German etc vehicles, Buses, trucks and even train engines are being imported. Up to April many cruise ships pulled alongside every week bring in much needed foreign currency.

We visited a beautiful restaurant near the harbour, it would easily fit in alongside the best of any city in Europe, the owner explained that they were encouraged by news of Obamas more open US administration to invest in this enterprise only for the Trump admin. To enforce Title Three which had the effect of blocking all Cruise ships from docking in Cuba, under threat of confiscation of the cruise company’s USA assets. Overnight millions of Euros was taken out of the Cuban economy and many Cubans who were likewise encouraged were left with little or no income.

On the subject of income or economy, there are two currencies in Cuba, tourists use mainly the Cuban Convertible Peso (CUC) while Cubans themselves use Cuban Peso (CP), this stemmed from a time when the CP was worth little or nothing and the tourists used US Dollars. The process of eliminating the dual currency is ongoing but we were told it must be done carefully in order not to devalue either currency and thus eliminate the savings of individuals or businesses. However the Cuban Government has managed to increase the wages of much of the population while keeping the price of many staple foods at the same price. It is hoped that the Cuban economy will transform to a single currency over a period of a few more years, depending in some ways on outside influences.

Speaking to the youth representatives, it was clear that there is still widespread support for the revolution, they spoke of it as an ongoing revolution not a historical one. Those we spoke to say there is a pride in their struggle, they acknowledge that things are difficult, with power outages, and other items we in Ireland might take for granted, but this was more than made up for in their free education, free health care and free housing.

Farming and fishing are extremely important to the Cuban economy and has required much investment over the years. It has become increasingly difficult and expensive to purchase the equipment necessary for farming, such as tractors and harvesting machinery. But the Cubans are very innovative, in lieu of tractors for ploughing fields the Cubans use thousands of buffalo, a simple but effective work-around. It is still a case though the much of the work must be done by hand, although the truly erroneous task of harvesting sugar cane is now done by machine. Citizens are encouraged to move to farming with inducements of higher wages and an allowance for selling in the private sector. For the brigade members, we works in several different areas of farming this year. The areas surrounding the camp were once full of citrus plantations but some plague killed off hundreds of acers of these plantations, now though there are Corn, Guava, Yucca and Mango plantations along with Squash and Green Beans, Yucca Mango and Avocado. We harvested Yucca, Beans, Mango and Avocado, work that was back breaking in the heat and we got an understanding of the difficulties faced by the farmers.

Cuba has acknowledged global warming as a threat to its island and economy and as a precautionary measure they are looking at moving some of the low lying fishing villages to slightly higher areas, in order to achieve this, any future major infrastructure projects for these villages/areas will be sighted in the new areas. As part of our environmental work, we planted some indigenous plants along an area of coastline. The local environmental representative explained how they are replacing invasive species of plants with indigenous, in hotel grounds as well as along the coastline.

We met and spoke to members of the Cuban Assembly and were given a rundown on the make-up of the different levels of Cuban politics as well as an insight to the new constitution. The new Constitution was voted in by 90% of the people, something inconceivable to many of the people from Europe. Within the Constitution is enshrined that Cuba is a Socialist State, where everyone is entitled to Universal Free Health Care, where Education is free and that 21% of GDP will be spend on Education. The average age within the assembly is 49 years and over 53% are females, something unheard of in Europe. Youth are well represented in all levels of politics being nominated and voted for at local level.

Much more happened on this trip, we met many other groups and individuals but overall the trip was very educational, fun and an experience of a lifetime, I would recommend it to all. Towards the end of the trip we spent 3 nights and 4 days in a tourist resort. This year we were in Varadero, time to relax laugh and joke with all our new-found friends. Plans were made to meet again, either at next year’s camp or visiting each other’s country.

Next year the dates for the brigade are 13 July to the 4th August, this will encompass the 26th July celebrations which are one of the main celebratory occasions for the Cuban people 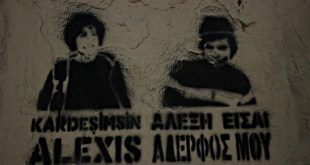 Anti-Imperialist Front in Greece: From Alexis to Berkin the Victory will came through People’s Resistance !

“A Cry Rises In the Middle of Athens, The Cry of Rebellion, Hope, Salvation This ...