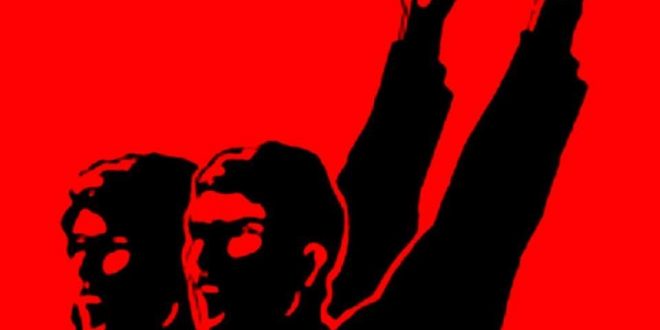 AIF Protests in Antwerp in Front of Turkish Consulate

A protest outside the consulate of Turkey in Antwerp, Belgium took place today (September 25). It was in support of Grup Yorum but was also motivated by an attack by consulate people on three Dev-Genc girls who had protested outside the consulate last week. They came out of the consulate and actually pulled the paper protest signs from their hands. This was filmed and uploaded on Facebook despite an attack on the individual filming it – they wanted to stop him or her filming or sought to take the camera.
Today’s action had a Belgian police presence and was uneventful – nine people took part in the protest. Consulate staff could be seen filming the protesters.

Last week’s attack was a little reminiscent of Erdogan’s bodyguard members attacking Kurdish protesters in the USA two or three years back.