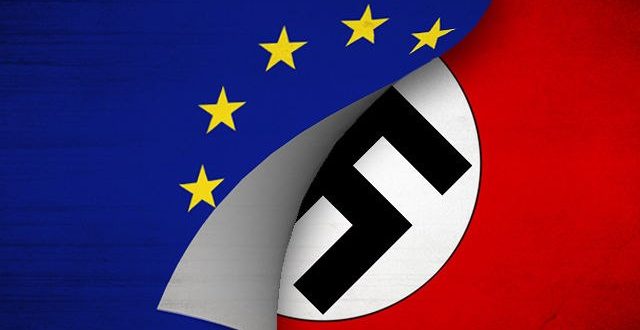 On Friday 19 September, the European Parliament – with 535 votes in favour, 66 against and 52 abstentions – approved a shameful motion condemning the use of the symbols of Communism as equivalent to those of Nazism. In addition, the removal of these symbols and those of the Red Army from places reminiscent of the battles and topical episodes of the struggle against the Nazi army was requested.

This act is not the first sign of a regressive revision of contemporary history but is the formal mark of a long and articulated anti-communist campaign that has been going on in Europe for several years.

For some time now, communist organisations – especially in countries which, before 1989, were located in what was commonly called “Eastern Europe” – have been subject to legal persecution which severely restricts political viability and freedom of struggle and organisation. From Poland to Ukraine, from the Czech Republic to Hungary, from the so-called Baltic Republics to the small states, born from the disintegration of the “humanitarian bombs” of the former Yugoslavia, in these last years a wise and articulated work of manipulation of the history and the social events of these countries has been artfully assembled, with the concrete support of generous financing with dollars and Euros.

In particular we want want to recall that on the date of July 16, 2019, the Constitutional Court of Ukraine made the judgment sanctioned the validity of the odious laws that rewrite the history of the country, criminalizing the communists and even going so far as to support, in the device, that “One of the main reasons for the enormous human losses in the USSR, particularly in Ukraine, during the Second World War is that the Nazi and Communist regimes had the same anti-human essence.”

These sentences and resolutions have the clear aim of revaluing the perpetrators, in particular those collaborators now rehabilitated by the Kiev authorities who were responsible for the extermination of hundreds of thousands of Red Army soldiers, partisans and civilians, particularly of the Jewish religion.1

University Centres, Sovereign Institutions, NGOs, the media system, the Vatican, were set to carry out a huge operation of falsification and revision under the banner of the mystifying “fight against totalitarianism” to the point of conceiving, as in these days, the aberrant equalization between Nazism and Communism.

Such rubbish that the Parliament of the “civil and progressive” European Union approves, does not surprise us, on the contrary, this obscurantist act confirms the political thesis that the European Union is an imperialist construction, with deep authoritarian traits and has in its essence and vigour a function of cultural regression that produces monstrosities of all kinds!

As the Anti-Imperialist Front, we see the resolution of the European Parliament as a mystification of the past, a misrepresentation of the minds of our young people who are forced to attend European schools and therefore to study bourgeois texts, and a real open declaration of war against us (as Communists) and on all the people.