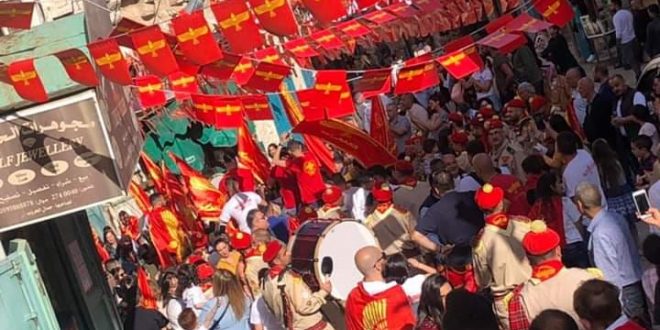 Anti-Imperialist Front of Peoples against the Assyrian Empire

On the 1st Tammuz (July) a battle took place between the Assyrian Empire under King Salmānu-ašarēd III and a coalition of the peoples of twelve states in an ancient city at the Orontes in Syria 853 BC. Salmanasser’s alleged victory is described on the Kurkh Stela, which was found in Turkey in 1861 and is now in the British Museum. It probably originally stood on a street, so it was a kind of public propaganda. In the upper part it shows Salmanasser the symbols of the gods Assur, Ishtar, Anu and Sin.

II86 I left the Euphrates and approached Aleppo. They feared my battle and embraced my feet. 87Silver and gold I received as their donation. I offered a sacrifice to the [H]adad of Aleppo. From Aleppo I departed, and I approached the cities 88des Irchuleni of Hamat, Adennu, Barga and Argana, his residence (or: residences), conquered I, his prey, his possessions 89and the possessions of his palaces I took out and set fire to his palaces. From Argana I left and approached Qarqara. 90Qarqara, his residence, I destroyed, devastated and burned with fire. 1200 chariots, 1200 riding horses and 20000 men of Hadadeser 91[vom] E s elt r eib e rla n d , 700 chariots, 700 riding horses and 10000 men of Irchuleni of Hamat, 2000 chariots and 10000 men of Ahab 92 of Israel, 500 men of Byblos, 1000 men from Egypt, 10 chariots and 10000 men from Irqata, 93200 men from Matinuba’il of Schianu, 1000 camels from the Arab Ginbidu’ and […]000 men from Baësa of Haus-Rehob, of A m o nit e r s – he took these 12 kings for help.

In order to deliver battle and battle, they drew 96 towards me. With the sublime power that Assyria my Lord has given me, and with the mighty veils that N e r g al, who walks before me, has given me 97mir, I fought with them. From Qarqar to Gilz a’u I taught them a defeat. 14000 of their warriors 98 I struck down with the Waen. Like Adad I caused a storm to fall on them. I spread their bodies far and wide, I filled the surface of the steppe with 99 of their numerous troops, and I poured their blood with the Waen […]. 100 The field was too small for …, the wide plain was not enough to bury them. With their corpses 101 I insulated the Orontes as with a bridge. In the course of that battle I took away their chariots, their riding horses 102 and their draught horses (translation from TUAT I/4, 360-362; transliteration and English translation of the text in Grayson 1996, 23f.).

The Assyrian Anti-Imperialist Alliance was involved:

In addition to the iconographic and archaeological results, there are other indications that the battle did not end with a victory for the Assyrians:

The 1st Tammuz is a day of remembrance of the anti-imperialist resistance of the peoples against oppression and enslavement. And as the peoples of Mesopotamia, Anatolia and the Near and Middle East had united to oppose the aggression of the imperialist Assyrian, the Süryani-Devrimciler (Revolutionary Suryoye/Arameans) call the peoples to anti-imperialist resistance against the US imperialism and the already then traitorous Zionist Israel. The coalition of 12 tribes and 7 peoples defeated and defeated the enemy through their common strength of unity. All power comes from the people and that is why it is important that the peoples organize themselves together in the ANTI-IMPERIALIST FRONT (AIF) as the power of the peoples. 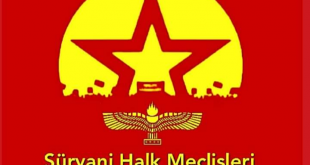