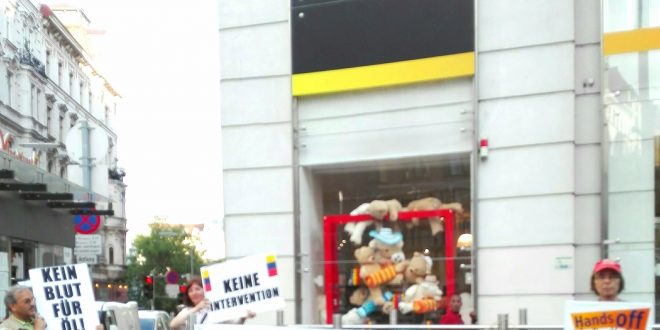 Support for Venezuela in Austria continues

On Wednesday, June 5th, another action in solidarity with Venezuela was held in Vienna.

A banner and posters against interventions of imperialism, for the independence of the people and sovereignty of countries were opened.

The activity lasted for two hours and people were informed and called for solidarity with the country under attack by leaflets.

Again several people stopped to demonstrate solidarity and to share the opinion that it is necessary to counter the war against the people including the lies of imperialist media.

It was agreed to go on with regular actions for Venezuela and other Latin American countries under threat by the empire.