The people of Honduras took the streets in order to reclaim their rights once again. It would be wrong to say that the Hondurans are under imperialist attack because in reality the attack never ended. It was hidden from the public just the same way the popular uprising against the imperialist diktat and the local comprador bourgeoisise is being hidden now.

The agent of the global capitalism, Juan Orlando Hernández, acting upon the instructions recieved from the International Monetary Fund, wants to privatise the basic services necessary for dignified human development: education and healthcare. After the US sponsored coup in 2009, after the electoral fraud was imposed with arms in 2017 backed by the Command South, in order to guarantee the profits of the multinationals at the expense of the people, Hondurans knows very well who the enemy is and how to combat it. The people have denied the obedience to the illegitimate government and responded with the blockade of highways and airports, and with an attack on the US embassy which was burned.

The Anti-Imperialist Front supports the struggle of the people of Honduras against the necolonial dependence and believes that the global capitalism cannot be weakened without its victory. 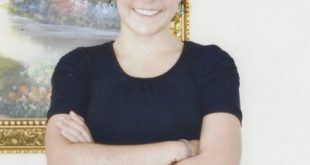 Didem Akman is political prisoner on death fast in Turkey. This is the prison condition ...