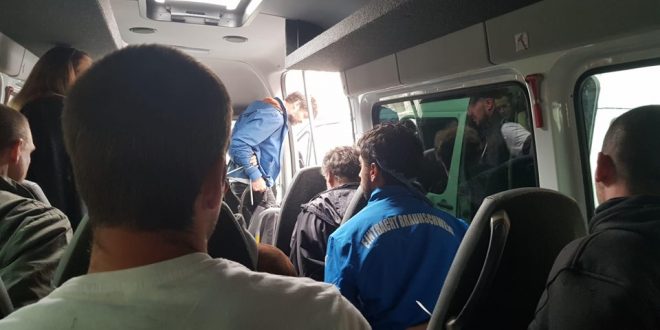 About 400 people were arrested in Brussels on Sunday (May 26) when they protested as part of the Yellow Vest anti-austerity movement. Entire police buses were full of detained people, including People’s Front supporters and a GHA reporter. They were released that evening although it is not clear if all detainees were.