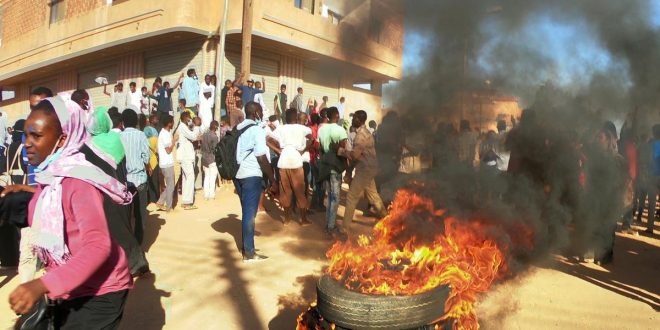 Statement About the Military Coup in Sudan

The process of subjugation of Sudan to the imperialists interests has started in 2007 with a UN military intervention and culminated today with a regime-change protests, and finalised with a coup d’etat.

The civil-war stricken country counted with the presence of UN forces on the country’s south which separated via referendum to constitute South Sudan. Ever since it has been under US domination surrendering 85% of it’s petrol production to the imperialists. The oil production constitutes 98% of the income for the South Sudanese state.

The economic crisis in the Republic of Sudan paved the way to anti-regime protests in December 2018, and the imperialists did not lose the chance to call for a political transition to a new Sudan, the one which is more convenient for their interests.

After the intensification of the protests, the president of Republic of Sudan Omar Bashir “stepped down” and the military started preparing committees which would guarantee the transition.

While the final outcome of the Sudanese scenario is being expected, Algeria’s president is stepping down and hands over the political transition to the military. Another strategic oil producing country’s transition to what? When the US government’s mouthpiece Washington Post encourages anti-regime protests, only one option is on the table: transition to another client state for the interests of imperialism.