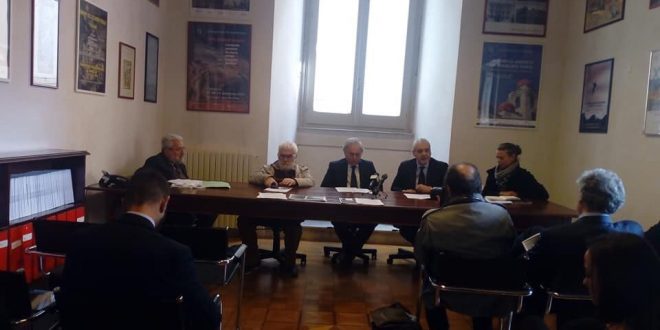 Paradise Turkey “The trial of the rule of law”

On 5th of April, a press conference was held in Rome with participation of Democratic Jourists, Union of Italian Criminal Chambers and National Forensic Council regarding the repression of Turkish lawyers after the farcical trial of Silivri which saw 18 progressive lawyers sentenced to very harsh sentences.

The statement of the international jourists after the sentence:

The climax was reached yesterday when the President of the Court abruptly excluded all the lawyers from the possibility to assist to the hearing.

We are shocked because of the flagrant violations of fundamental principles of rule of law such as independence of the judiciary, fair trial and right to defence.

We are convinced that at this point this trial is completely null and void.

Protesting against the heavy prison terms inflicted we insist on the immediate acquittal of all defendants, to be attained through all possible judicial and legal means.

We express our solidarity to the defendants in the name of the common struggle for upholding justice and rule of law.