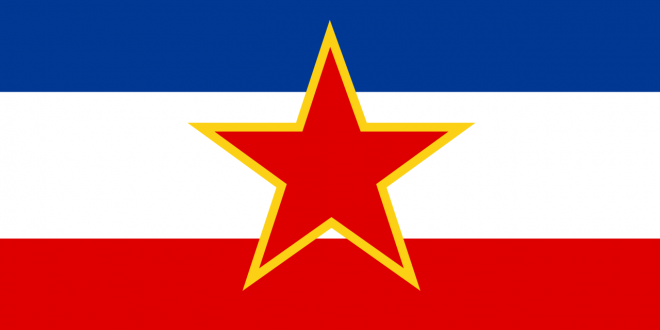 We, the wretched of the globalised world, are the ones who expand the wealth of the imperialist countries, we provide their social peace, we end up in the fratricidal wars, with their ideology and culture we wipe our own. We strive to be like imperialist “democratic” nations, yet we believe them when they tell us we are barbarians inferior to their “civilisation”, we are ashamed of our own people and even of our own parents. We are ashamed of ourselves and we hate the ones who are different. That’s how we guarantee the imperialist domination, that’s how we protect it from ourselves.

We, the peoples of Balkans, share common history and culture. The imperialist propaganda machinery wants us to believe that we share only bloody history while they try to hide and slander our culture of resistance against the oppressors and solidarity among the peoples.

Yugoslavia was done away with by the imperialists and their fascist nationalist collaborators. We forgot the meaning of brotherhood, but we got to know the ugly face of imperialism. We became it’s hopeless victims.

Two Turkish revolutionaries, one of them Laz and the other Kurdish, reminded us about the meaning of the brotherhood and gave us hope. Anti-Imperialist Front has shown us the way of resistance.

The hope of the oppressed lies within resistence, solidarity and people’s unity. In a word, it lies within Anti-Imperialist Front.

Thousand greetings from me and Yugoslav peoples to the Symposium organised by the Anti-Imperialist Front that never makes compromises with the enemy, that fights for the ideologic clarity, that organises the oppressed, that fights against the imperialism!

Let us keep the spirit of Akgun and Mamati alive! Let us establish people’s unity! Let’s expand the anti-imperialist struggle!