BIGtheme.net http://bigtheme.net/ecommerce/opencart OpenCart Templates
Home » Anti-Imperialist Front » THE KILLERS OF THE DONBASS LEADER ZAKHARCHENKO ARE U.S. IMPERIALISM AND THE COLLABORATOR STATE OF UKRAINE! 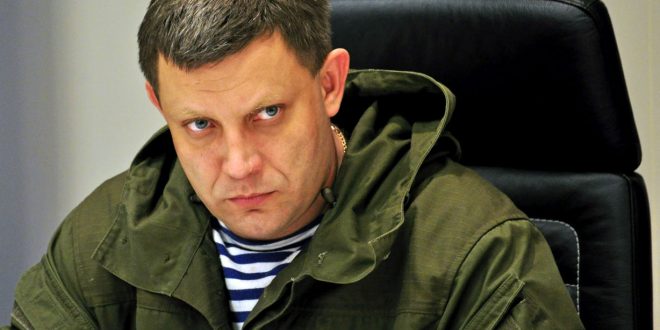 THE KILLERS OF THE DONBASS LEADER ZAKHARCHENKO ARE U.S. IMPERIALISM AND THE COLLABORATOR STATE OF UKRAINE!

On the evening of August 31, Alexander Zakharchenko, the leader of Donetsk People’s Republic, was killed because of a assassination by a bomb placed in a cafe in the center of Donetsk by fascist gangs, with the Minister of Income and Taxations Alexander Timofeyev being severely injured.

It is clear that this attack has been organised by US imperialism and its collaborator fascist Ukrainian state.

US imperialism is attacking every government that do not fit their own interest and does not compromise with them. It is attacking Maduro in Venezuela with a drone. It is implementing sanctions after sanctions against Iran. It is feeding gangs like ISIS and White Helmets in Syria, who are enemies of the people, and makes them attack and organises cowarded massacres. In Yemen, it is killing dozens of people without making, whether they’re children, youth or elderly, by raining bombs on them through their collaborator murderous Saudi Arabian government.

The assassination against Zakharchenko, the leader of the progressive and pro-people government of Donbass is not separate of all these attacks by imperialism. Since the process of the founding of Donetsk and Lugansk pro-people governments, there were numerous assassination attempts against the life of Zakharchenko; who was put on the ”wanted terrorists” list of Ukraine in the list of persons and entities under US and EU restrictive measures.

Zakharchenko joined the militia forces of the people of Donetsk against the fascist Ukrainian government, got wounded in the clashes, participated in the occupation of the Donetsk town hall and the process of the foundation of Donetsk People’s Republic. He was appointed the military commander of the city, and after that, since October 2014, he got his position as the president of the Donetsk People’s Republic. And on August 31 2018 he fell martyred as people’s hero after an assassination.

The peoples of the world will avenge the murderers of Zakharchenko, the imperialists and all the fascist powers like the collaborator Ukraine sooner or later. We send the people of Donbass and all the oppressed peoples our condolences…

ALEXANDER ZAKHARCHENKO IS IMMORTAL!
DOWN WITH AMERICAN IMPERIALISM AND ITS COLLABORATORS!