BIGtheme.net http://bigtheme.net/ecommerce/opencart OpenCart Templates
Home » People's Front » Declarations » PEOPLE’S LAW BUREAU: LET US NOT ALLOW THE RIGHT TO A DEFENCE TO BE TAKEN AWAY 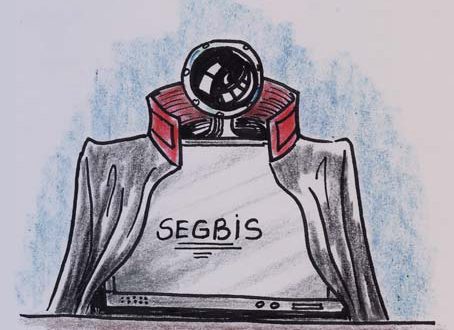 PEOPLE’S LAW BUREAU: LET US NOT ALLOW THE RIGHT TO A DEFENCE TO BE TAKEN AWAY

On 12 September 2017 there was an operation against lawyers in five separate provinces two days before the hearings for Nuriye Gülmen and Semih Özakça, who had been arrested for resisting being fired and who have received support from the people for their resistance. 17 lawyers for Nuriye and Semih were detained. It was not a coincidence that the operation was carried out two days before the hearing.

The lawyers who were taken into custody were the lawyers for the families whose children were killed as a result of state violence, the workers killed in mines, or workers whose houses had been demolished. The lawyers of those who resisted injustice and the taking away of their rights. They were against torture, unemployment and massacres. They are the lawyers of the people and those who are right. That’s why they are targeted.

The hearing for the lawyers of the people will take place at Bakırköy Palace of Justice in Istanbul on September 10-15, 2018.

A total of 20 lawyers, of whom 17 are in jail, are to have a hearing about being disbarred via SEGBIS (Audio and Video Information System). Because the court decided that 15 out of 17 lawyers are not be brought to court but to participate in the hearing via SEGBIS.

Lawyers are refusing to participate in the proceedings through SEGBIS as it is a violation of the right to a fair trial, and will not attend the hearing unless the court rescinds the decision.

One of the most important issues in using the defendant’s right of defence within the scope of the right to a fair trial is that the suspect is present at the hearing.

When one has a “right to be present” at the hearing, it is then possible to take part in a criminal case, to give direction to the criminal case and defend oneself, and the right to a fair trial is protected. Arbitrarily taking away this right of the accused, or the denial of suitable facilities for their presence at a hearing, is a violation of the right to a fair hearing.

“The right to be present” in court is to be in the presence of the prosecutor, to interact with the evidence and the other side of the complaint, to be in direct communication with the judicial authority, and to be able to benefit directly from the help of a lawyer.

Attendance at the hearing is also important in that the right to a defence is met as required by the face-to-face principle in criminal proceedings.

For this reason, it was accepted as a rule that “no trial could be held in the absence of the accused”. According to the Code of Criminal Procedure, the “presence of the accused” has been envisaged as a condition of trial. This regulation is based on the fact that the right to a defence of the accused is not to be restricted and it is possible to conduct the defence in the most effective way.

Connecting to SEGBIS is not “the right to be present”.

SEGBIS is a breach of the face-to-face principle and principle of directness.

If the lawyers accept SEGBIS,

The defendant who participated in the proceedings to be held during 10-15 September through SEGBIS will only be able to participate during his or her own defence. His defence will be made in a small, narrow, airless room, in the presence of a few guards. If the defence is found to be too long or unnecessary, the presiding judge can cut the video link.

The fact that the other suspects will be questioned separately and the evidence will not be revealed will be a kind of isolation from the judgment and will be contrary to the principle of honest transaction.

Let us stand up to the attack on the defence rights of lawyers who will not accept SEGBIS as allowing their effective participation in the trial and be on their side.

For solidarity, we will be greatly pleased if you can:

Send a fax to the Ministry of Justice,

Give support to lawyers… 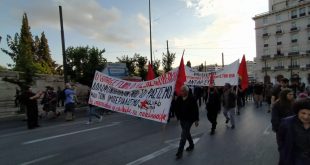