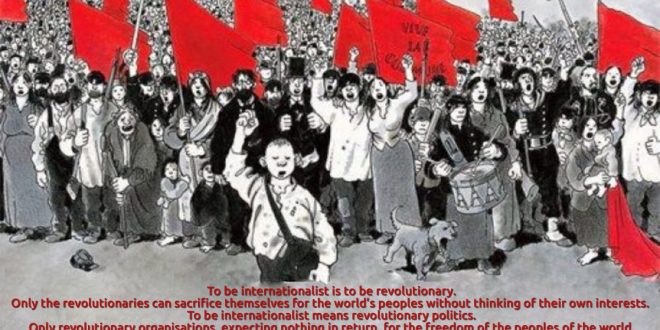 QUOTE OF THE DAY #2 – INTERNATIONALISM

“To be internationalist is to be revolutionary. Only the revolutionaries can sacrifice themselves for the world’s peoples without thinking of their own interests.

To be internationalist means revolutionary politics. Only revolutionary organisations, expecting nothing in return, for the freedom of the peoples of the world, wherever in the world, support slogans of independence.

Today the most basic need of the peoples is ORGANISING AND FIGHTING AGAINST IMPERIALISM!”

Let us unite in the Anti-Imperialist Front, in the 9th International Eyup Bas Symposium for Unity of the Peoples Against Imperialist Aggression which will be held on 8-9 September in İstanbul – Küçükarmutlu! 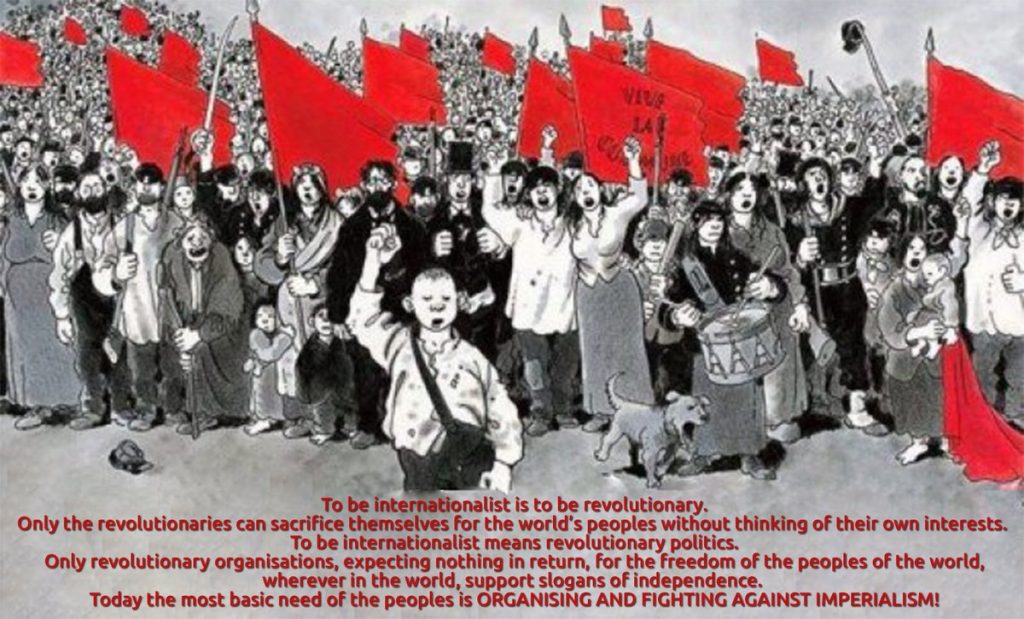