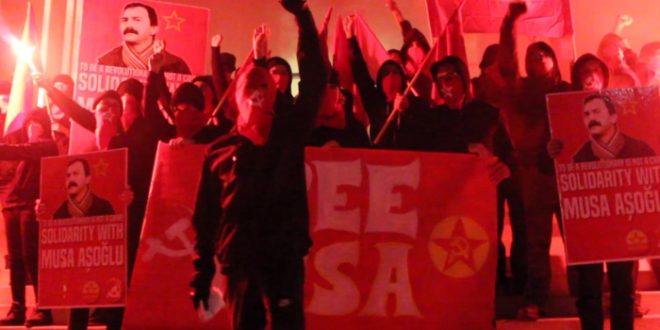 Dallas, a member of revolutionary group Red Guards Austin (RGA) in USA, was imprisoned on March 9, after he was surrounded by FBI agents with shotguns.

Red Guards Austin has previously made calls for the release of Turkish revolutionary prisoner Musa Aşoğlu. They published a statement, saying that “Making revolution is no crime” and “Freedom for Musa Aşoğlu”, and made several solidarity actions, including a demonstration in front of Texas federal court building in December.

As for all the organizations fighting against imperialism and fascism around the world, we are also in solidarity with Red Guards Austin. We want freedom for revolutionary prisoner Dallas, who has been imprisoned by the imperialist murderers.