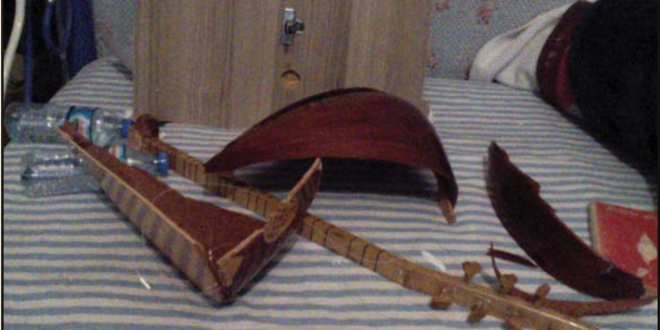 GRUP YORUM IS THE PEOPLE AND CANNOT BE SILENCED, FASCISM FEARS OUR FOLK SONGS!

Since the day we were founded, we have been exposed to dozens of attacks. Our concerts are forbidden. Our activities, our signing days, were attacked by the police. Our institutions, cultural centres are raided. In our case, dozens of charges have been laid against us. We were taken into custody, we were tortured. We we̛re jailed. Our institutions were sealed up and closed. Our albums are forbidden, their sale is blocked. Listeners are jailed for listening to Grup Yorum songs, it is considered a crime. Organising Grup Yorum concerts, distributing concert tickets; even going to a concert was considered a crime. There have been people arrested and imprisoned for doing that.

The AKP has stepped up attacks because of its crisis caused by its inability to rule, and even the state of emergency continued for 20 months has not been a remedy. Eleven members of our group were arbitrarily arrested and put in prison without evidence. Our members who were released were again detained, again imprisoned. But despite everything we resist, we produce, we continue to produce and we will continue. The AKP is continuing its attacks, unable to endure us, and this attack uses the basest methods of psychological warfare.

There is a list published by the Ministry of the Interior: “List of wanted terrorists”. Hundreds of people on this list are accused of being “terrorists” when there is no judgment against them, and they are showing their photos, birthdates and birthplaces. They prepared the list in five different categories. Each has a different colour: red, blue, green, orange and grey. The Ministry of Interior says it will give a reward of from 300,000 to 4 million Turkish lira for each “terrorist”.

The grey list includes Grup Yorum members İnan Altin, Selma Altin, Ali Araci, İbrahim Gökcek, Emel Yesilirmak and Ihsan Cibelik. We are sure that if our friends currently in jail were outside, they too would have been put on the list. The AKP line of rhetoric would present us as marginal, terrorist and seek to belittle us in the eyes of the people. You are very wrong and you once again have struck a stone with an axe. If Grup Yorum came in today, if there have been fascist governments, the support of the people has come from solidarity. Every word we say has come from the heart of the people. To say “terrorist” to Grup Yorum is to humiliate the people, to ignore the people. These people will show you what it means to humiliate the people. We were always among the people while you were living in the palace where you ate and there was no limit to your clownishness. Can you go out among the people? You cannot.

Since September, an informer-liar named Berk Ercan has had hundreds of people detained and and nearly 150 people have been jailed in our country. They tried to get people to “confess”, to “inform” when they detained them and jailed those who would not accept this dishonour. But they did not cooperate, so no results were gained from the attack. For this reason, detentions and imprisonment are still ongoing; this time they are trying to buy the people with money. Report them, and we will reward you…

But there is something they do not know; Grup Yorum is the people. Millions attended the Independent Turkey concert. You cannot make us surrender us with rewards, informers, prices on heads. Informing is the most dishonourable business in the world. Our people are honourable. They will not denounce their own children. They hate both the informer and those who get them to inform. They do not say hello, they spit on them if they see them.

Is it terrorism for millions to sing about a democratic Turkey, or is it terrorism to hand this country to the imperialists, and its collaborators? “To live like a tree, single and free, and to like brothers in a forest”. Is it to kill people in the street, in the middle of the night, in their houses, to bury 301 miners under the ground, and kick and punch the workers’ families, to kill 2,000 workers during the state of emergency?

Is it terrorism to leave behind an honourable future for children; is it every day to create a country where children cannot be menaced with harassment or rape, or is it terrorism to back perverts who rape 15-year-olds, and to declare these perverts innocent?

Is it terrorism to defend and fight for socialism, the alternative to this inhuman system? Or to advocate the continuation of this order and condemn the people to life under the starvation limit, importing meat, wheat, chickpeas, dry beans and garlic, ie. products that we can produce in our soil, to ban theatrical plays and music concerts?

Who is a terrorist? You are the terrorists! Not us. We are patriotic folk artists of this country, because we are like that, Grup Yorum, this is the way we will go on. And we will demand an accounting. We will go back to those squares, the stadiums, and it will not be in the distant future at all. We will add millions to millions.

In summary we ask; who is a terrorist? Grup Yorum, or the the collaborationist fascist rulers, especially the AKP, who are greedy, murderous and who humiliate the people?