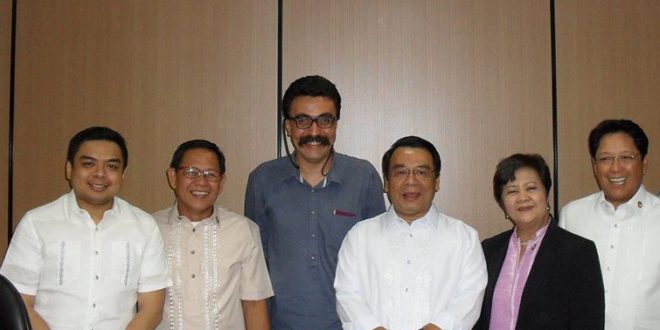 “We live in the far ends of the world but we came here to discuss our common problems.”

This was the spirited words of solidarity delivered by Selçuk Kozağaçlı as he opened his speech during the International People’s Conference on Mining (IPCM) held last July 30, 2015 in the Philippines. Kozağaçlı is a human rights lawyer who chairs the Progressive Lawyers Association of Turkey (CHD). He is also a member of the International Association of Democratic Lawyers (IADL).

Kozağaçlı was unjustly arrested in Istanbul by Turkish security forces under the Erdogan government last November 8, 2017. He has since started a hunger strike to protest his incarceration and the worsening spate of human rights violations confronting human rights defenders and activists in Turkey. There are already more than 550 lawyers arrested in Turkey since October last year.

Kozağaçlı is the lawyer representing the victims and their families of the Soma Mine Disaster. The Soma Mine disaster is touted as the deadliest industrial disaster in modern Turkey history. A huge explosion and massive fire engulfed the Soma coal mines in May 2014, killing 301 people.

To this date, the victims and their families have not received enough compensation. Not a single executive of Soma Holdings or any of the public officials complicit in the disaster has been held accountable. Justice remains elusive as more injustices such as Kozağaçlı’s arrest continue to pile up.

President Recep Tayyip Erdogan demonstrated callousness and insensitivity to the disaster victims when he said during his visit to Soma after the tragedy that deaths were simply part of the dangerous job in coal mining.

The Soma Coal Mine is operated by private company Soma Holding, which was leased from government-owned Turkish Coal Enterprises.

Let us remember what Mr. Kozağaçlı said in the IPCM, “We need an internationalist solidarity that stands for the common future and nature. We need to work and struggle together, more than we need to watch and listen to each other.”

We call on our compatriots to stand with Kozağaçlı and other environment defenders across the world besieged by repression and tyranny. Let us add our voice and actions to the growing demand for justice and human rights in defense of our common future and nature!#