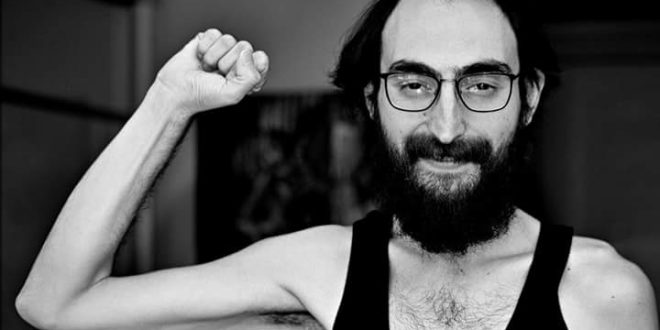 On October 24 in Sofia, a union protest was held in solidarity with the struggle of workers who did not receive their salaries for half a year. The demonstration was organized by the Autonomous workers’ union.  At the protest for one more time was showed the solidarity of leftist and progressive people in Bulgaria with the struggle of Nuriye and Semih. ‘At this moment there are two people – Nuriye and Semih – who are more than 200 days in hunger strike for their jobs. They are academics, fired by the fascist state after the unsuccessful try of coup in 2016’, said Dimitar Panayotov from Movement ‘23th September’. According to him, now there are very big repressions in Turkey against the working class and against all left and progressive people. ‘Their only demand is to take their jobs back. What happens nowadays in Turkey is brutal fascist dictatorship. Unfortunately we can see the same tendencies in Bulgaria also. More and more the freedoms of the people are oppressed. That is why I call for solidarity with our friends and comrades in their struggle’, said he.

This was another example of solidarity of leftist and progressive people in Bulgaria with the struggle of Nuriye and Semih. In their support was organized several information campaigns and protests in front of the Turkish embassy in Sofia.