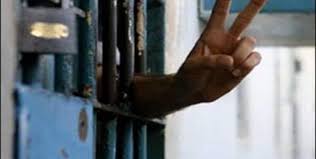 It’s dishonorable to torture and to threaten with torture!

It’s dishonorable to torture and to threaten with torture!
AKP’s assassin police tries to intimidate the people’s children with the proposal of being collaborator!
Since 20th of September the AKP’s assassin police increased the attacks on all People’s Front’s members on streets and roads. By the false confession 14 lawyers and 19 People’s Front’s members were arrested. On the other side, the persecutor tries to threaten the entire people by saying that there is a list of 110 people.
A puppet in the police’s hands, finished up and used up collaborator… A filth that betrays the people… If they want someone arrested, they give testimony on that person. And with a scum’s testimony tens of persons in hand are being arrested by instruction without any proof.
As a conclusion, Fadime Yigit, was arrested in the police station where she went to give a signature under pretense of arrest warrant. Fadime Yigit was held for two days in the Directorate for Homeland Security where she was forced to collaborate under a threat of ’90s style torture. They forced Fadime Yigit to give testimony against people by scaring her with the words that she will be tortured by the assassin police.
The imperialists have developed all kinds of torture in order to be able to revolutionaries from all over the world to submit.
CIA trained collaborators from all countries on the topic of torture and stands in the forefront of the oligarchy in order to tyrannize the people. The history of the ones who dominate Turkey is full of torture as well! In spite of all the torturers with the special training, they are not getting any result from the torture. Still today, revolutionaries are coming out honorable from the torture.
We are addressing again the assassins who threatened Fadime Yigit with torture. Ask and learn from your torturer brothers about what happened? Neither today you cannot intimidate us with your threats! We carry the legacy of a movement who tackled death and torture to the ground!! We will not surrender!
Torture is dishonorable!
The imperialism will not seize the people by torture!
People’s Front–Internal Relations Committee
28.09.2017