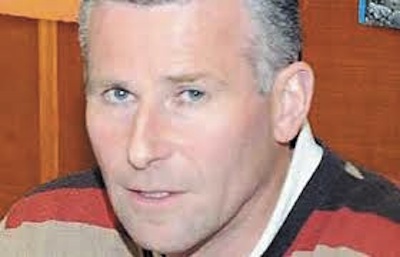 Stop The Extradition Of Liam Campbell 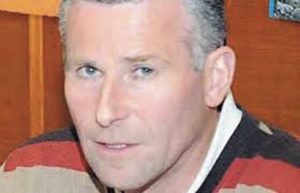 Liam Campbell, who is facing extradition to Lithuania as part of an alleged Gun running plot, the same plot that his brother Michael was acquitted of after it emerged in Court in Lithuania that it was a British Intelligence led set up, wants to have the Lithuanian Prison prison inspected.

Liam has previously faced extradition proceedings in the North, where he was held for nearly 4 years before the High Court ruled against extradition after it found that Lithuanian prison conditions would violate his human rights.

A Barrister representing the 26 County Government in court has said they would not be involved in any inspection and that it would be up to Liam to organise this himself.

Brian Gageby, a barrister representing Campbell told the Court in Dublin that the 26 County Department of Justice should organise the visit to Lithuania.

Mr Gageby said he had received a letter from Lithuanian authorities acknowledging his request for a visit, and stated he believed that the 26 County State should be organising the visit.

This is the third attempt to extradite Liam to Lithuania. While initial proceedings were taking place in Dublin and while he was on bail, he was arrested in the 6 counties, they refused to bail him and Liam was subsequently incarcerated for nearly 4 years before his eventual release, for much of this time he was kept in 23-hour lock up.

This third attempt to extradite Liam Campbell is causing outrage amongst Republicans and human rights activists. Liam has already faced proceedings in one part of Ireland and extradition was ruled against based on Human rights grounds, the conditions in Lithuanian prisons are notorious. The attempts by the 26 County government to extradite him for the third time is ludicrous, it should be remembered that they are trying to extradite Liam to a Country that he has never even visited.

The ongoing disruption to Liam’s life has a direct effect on not only him and his family but his community.

We oppose this latest attempt at extradition and ask you to do the same. 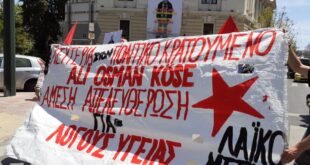 Ali Osman Köse has been held captive by the Fascist authorities of Turkey for 37 ...