Solidarity from The Association for Protection of Democratic Rights (APDR), India

5 December 2016
The Association for Protection of Democratic Rights (APDR), India, expresses grave concern over reports of raids and bans on legal organisations in Turkey. According to information received from human rights defenders in Turkey, the government decided to fire thousands of civil servants and ban hundreds of associations. On 12 November 2016, raids were conducted on the Ankara CHD (Contemporary Lawyers’ Association) and the Ankara People’s Law Bureau.
As part of the international rights community, we strongly protest against the banning and intimidation of legal organisations by any state. We demand the immediate withdrawal of all restrictions imposed upon these organisations which are essential for the defence of people’s rights and civil liberties in a democratic society. 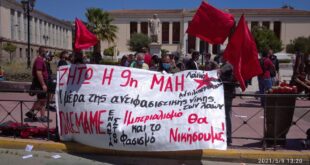