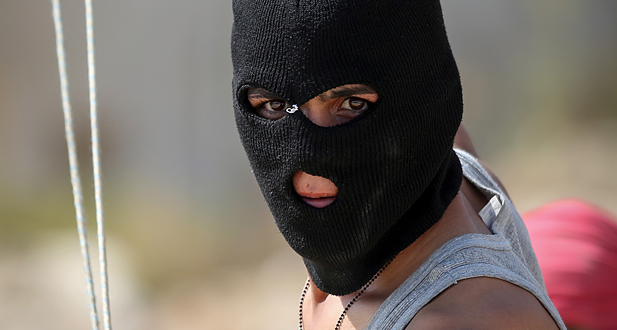 PFLP statement on the anniversary of the infamous Balfour Declaration

To our Palestinian people, our Arab nation, and all democratic and progressive forces in the world…

On November 2 each year our people remember the infamous Balfour Declaration, in which colonial Britain granted the “establishment of a Jewish national home” in Palestine. This promise, emerging from a convergence of colonial and imperialist interests with the Zionist movement toward the Arab world, and in its heart in Palestine, to achieve their goals of fragmentation, control, looting of its wealth, and inhibition of its development.

The principles and role of the Zionist movement and its offspring, the “Israeli” entity, historically and at present, coupled with the tangible experience of the Zionist state in embodying racist and fascist state violence since it was established on the land of Palestine, must impel the rehabilitation of the Arab liberation movement, for all of the people of our nation. This revives what is the essence of the struggle on the land of Palestine: a conflict between the Arab nation and its people on one hand, and the Zionist movement and “Israel” on the other hand, in which the Palestinian people are the spearhead in confronting that project in the Arab world as a whole.

Today, we call to the international democratic and progressive forces, as well as all of those who adhere to principles of human rights, to declare explicitly their support for the Palestinian people and their struggle to achieve their rights for liberation, self-determination and return. This includes the full rejection of the powers and institutions who committed the historical crime of November 2 on behalf of British colonialism, recognition of Zionism as racism, and full support for the rights of the Palestinian people, including the right to resist by all forms and means, including armed struggle.

This year this anniversary coincides with the continued escalation of the Palestinian popular uprising, which has spread throughout our beloved country, confirming once again that the passage of nearly one hundred years on this infamous declaration has not extinguished the flames of struggle that burn within us, and confirms the extent of our commitment to our land, our adherence to our rights and our defense of our goals. There have been great sacrifices made, which require all national forces to rise to the level of necessary historical responsibility in providing all the factors to continue the development of the intifada. We must also exercise the highest level of vigilance against all attempts to destroy the uprising through the maneuvers of the US Secretary of State, whose full support for the Zionist project continues in the same context of imperialist/Zionist relations that produced the Balfour declaration.

This national responsibility requires all national and Islamic forces and official Palestinian institutions to support the popular uprising and its mass, revolutionary forces in all ways; it is rehabilitating the Palestinian issue to the forefront of the Arab national and international agendas. This is the opportunity to break completely with the era of the Oslo agreement and all subsequent political, social and economic effects, ending the Palestinian internal division and rebuilding Palestinian institutions on a national, democratic and inclusive foundation, as well as the establishment of a genuine national unity based on a unified national strategy to achieve the full objectives and rights of our people to liberation, return and self-determination.

Glory to the martyrs, healing to the wounded, and freedom for the prisoners! Victory for the Palestinian people! 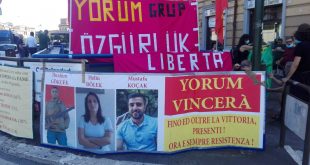 ITALY: Solidarity gathering outside of Turkish Empassy in Rome, for Death Fast Resisters

On Friday 26 June 2020 in Rome a protest action was held against the harassment ...