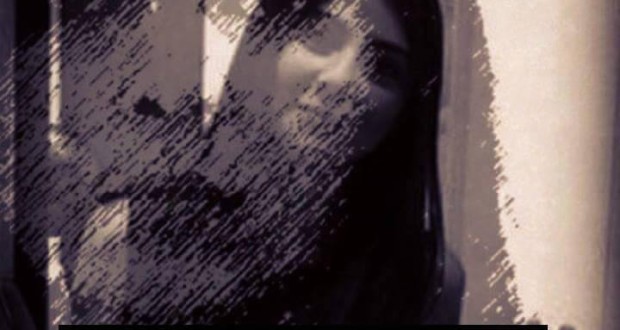 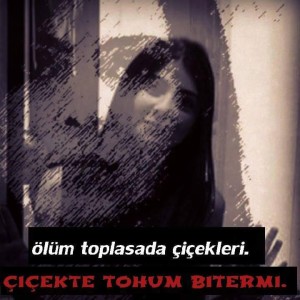 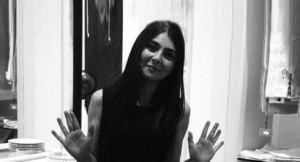 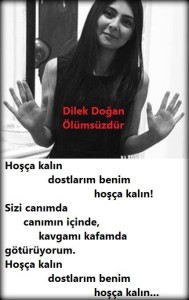 Woman shot by police at home succumbs to injuries in hospital
Tarih: 25 Ekim 2015 Print E-posta
Paylaş 3 Tweetle 0 Paylaş 0
Dilek Doğan, a 24-year-old woman who was shot in the chest by police barging into her home, has died after more than a week in hospital

A 24-year-old woman who was shot point-blank by police in her home in Istanbul on 18 October has succumbed to her injuries after a nearly eight-day struggle in hospital.

Dilek Doğan died at Okmeydanı Hospital in Istanbul’s Şişli district at about 17.30 on Sunday evening, the People’s Law Bureau (Halkın Hukuk Büroso) said in a statement on Twitter.

“The murderer of our client, Dilek Doğan, is the AKP,” the bureau said, referring to the ruling Justice and Development Party (AKP).

The bureau also said Doğan’s body had been hastily removed from the hospital without her family’s knowledge and brought to the Forensic Medicine Institute, while sharing pictures showing police water cannon (TOMA) and riot police in place in front of the institute.

Lawyers were also not being permitted to enter the institute, the bureau said.

Doğan was shot early on the morning of 18 October by anti-terrorism police in Sarıyer’s Küçükarmutlu neighborhood in suspicious circumstances. Police wanted to gain access to the family’s flat to purportedly search for a suicide bomber, but the family resisted the officers’ sudden intrusion.

“We said that you can’t enter our house like this. [Dilek] said, ‘Put on galoshes,’ As we were telling the police, ‘We don’t trust you,’ they pulled the trigger,” the woman’s father, Metin Doğan, told Dicle News Agency (DİHA) in the wake of the shooting.

Police immediately denied that they had shot Doğan, blaming her brother for the shooting instead.

Mainstream Turkish media also attempted to cast doubt on the family’s version of events, initially claiming that Doğan had been injured during a clash with police, or that she was a potential suicide bomber for the Revolutionary People’s Liberation Party/Front (DHKP/C).

“They came directly to murder my daughter. The bullet entered my daughter’s [body] in the chest and came out her back,” Metin Doğan said.

After the Islamic State of Iraq and the Levant (ISIL) detonated two bombs at an Ankara peace rally on 10 October, killing 100 activists, Turkey’s government ostensibly cracked down on ISIL cells in the country, although many of their raids instead targeted Kurdish and left-wing groups, such as those in Küçükarmutlu and other predominantly Alevi neighborhoods.