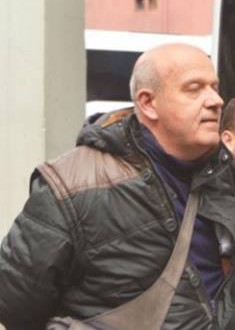 According to the lawyers of Halkin Hukuk Bürosu (People’s Law Bureau) our comrade Stephen Kaczynski has interrupted the hunger strike on the 46th day. After a visit today, the lawyer’s office stated, that the prison authorities made concessions regarding his demands.
According to the lawyers Stephen’s health situation is well.
The Commission for international relations of the People’s Front quoted following words of Stephen Kaczynski in a statement it published a few hours ago:
“I thank to everyone who protested and resisted on my behalf. I continue the struggle. I just interrupt my hunger strike because my basic demands were recognized. Hope to meet everybody physically very soon. I greet all revolutionaries in Anatolia and in the world.”

The lawyers of Stephen are expected to make a public statement by tomorrow morning, delivering all details.