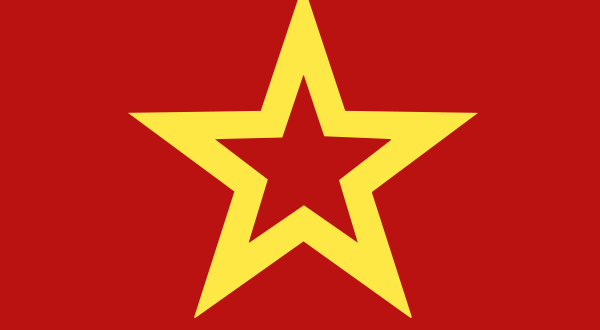 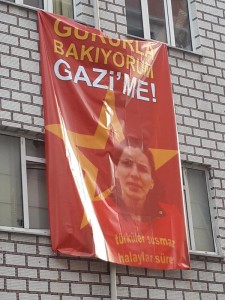 Why was Günay Özarslan killed?

“She said I will not surrender and they shot her”, this is what they say.

Günay Özarslan says: “Do not surrender”. She is making a call to the people with her death.

Palestinian, Cuban, Iraqi, Algerian peoples. And all the peoples of the world. The brave woman of The Front is making a call to all of them to not to surrender.

Günay says: Do not surrender to the injustice.

Do not surrender to the exploitation.

Do not surrender to the imperialism.

Do not surrender to the fascism.

Do not surrender to dishonor.

Do not submit your weapons.

Most importantly, do not submit your hearts and your consciousness, she says.

We will have the peoples of the world hear your voice Günay.

The mother who gave birth to you, The Front who grew you up, the lands of Anatolia that hugged you: They all bless you Günay.

We bless you a thousand times. Please bless us, and be sure: Your murderers will prefer to be in hell.

We will never surrender and expand your call to not to surrender.

We will answer the war against people by expanding the people’s war.

It is not significant whether Günay was holding a gun, whether she shot or not.

In a city where NATO, CIA, IMF, imperialists and their enormous armed forces initiated a hunt for a revolutionary with tens of thousands cops, it is not significant to discuss whether Günay was holding a gun or not, whether she pulled the trigger or not.

Giap, one of the leaders of the Vietnamese people, explains the meaning of power in his Military Art of People’s War: “Our military art is the art of a small nation whose military forces are weak in terms of equipment and technique but who rebelled against a materially more powerful enemy. This is a military art whose attribute is to defeat the material power with morale power, the powerful with the weak, the modern with the primitive, the modern armies of the aggressive imperialists with the peoples patriotism and willingness to realize the revolution. ”

Günay is holding the weapon of this art.

Günay learned how to fight and how not to surrender from our masters who drew beautiful pictures on the wall of history.

The important thing is she was not cowed into submission. That she did not submit her heart and brain.

We will not surrender to policies aimed at destroying the people’s hope of liberation and their right to resist.

We will not give up our ideas of independence, democracy and socialism.

The destruction of the hope for revolution and socialism means bringing despair to the people. We will not permit this. Those who find our words to be exaggerations, are already defeated in front of the history.

Because we have many Günays.

We never bowed in front of oppression. And we will not!

We never gave up our thoughts and our ideals that will lead our people to liberation. And we will not! Because we have many Günays.

We will learn how to live by fighting against fascism.

We will learn how to live by fighting for independence against imperialism.

Hunger and poverty have been turned into ordinary things. Our country smells blood. . . That is why it became imperative to fight. We will fight . . .

This is a war to the death.

Can the wolf and the sheep make peace?

There is only one way to survive, resist, fight and win. Political determination.

Political determination is a must in the resistance, war and victory.

WE WILL BE DETERMINED.

Why does the imperialism want to destroy us?

It has something to do with the fact that we want to make a revolution in a country which has STRATEGIC importance in terms of the regional rule of the imperialism.

Imperialism wants to destroy us because of our political determination.

Our political determination lies in our claim to bring an INDEPENDENT TURKEY to the peoples of the world and our country under the conditions where the CLAIM FOR A REVOLUTION WAS DESTROYED by imperialism. Imperialism wants to destroy us because of this claim that we have.

Ideological disarmament against imperialism. . . This is the biggest surrender.

We had said that the isolation policy was not limited with the prisons and that it was an attack with a much larger scope. We had said that the resistance against this GREAT LIQUIDATION PLAN should be developed in all the fronts. And this is what we did. We did it by dying 122 times. We did it by carrying coffins for 7 years. We fight with the power of this resistance.

We would not have our Günays if this resistance did not happen.

We would not have Hasan Selim. Şafak, Bahtiyar, Elif would not be.

For a Frontist, everywhere is a battlefield. The enemy is everywhere. We are developing our mentality to not to surrender, not to reconcile and to deliver more blows against the enemy everywhere and we are turning every place into a battlefield.

Günay has been the last example of The Front’s understanding of spreading the war.

Günay is only one of the Frontists who “inhale and exhale with war”. . .

And now she is making a call to the people’s of the world with her irreconciling death: “Do not surrender”.

Günay is shouting like Tanya who defended her homeland against the Nazi fascism 74 years ago:

Like Mahir and Cevahir who clashed and resisted for 51 hours.

Like Berkan who resisted against the hunger for 589 days.

She is descended from Fidan who made the victory sign without any moves for 7 minutes while she was in flames.

The enemy wants to destroy us because of this political determination.

This is why imperialism wants to destroy us: Because we have created such Günays.

The war is not only fought by the soldiers who are at the front and carrying advanced weapons. Revolutionary war, above all, is a war of determination that is fought in opposing positions. Revolutionaries are obliged to respond every move of the enemy, and they should give a physical and mental defeat to it. Günay defeated the enemy. They could not bow her to submission while she was alone. Günay showed them that they will never be able to bow a single Frontist to submission.

The warriors of the people’s war of liberation are people. Being a militia, urban or rural guerrilla does not matter. All is locked to the same destination.

Anyone who is against injustice can fight. The weapons are different: Stones, sticks, slogans, slingshots, gasoline, rocket launcher, kalashnikov or a brain and a heart that is dedicated to the liberation of the people. . . They all hit the target with the same determination. Did Günay have a gun, did she shoot or not. . . This is not significant. What is important is that she was not cowed into submission. That she did not submit her heart and brain.

Young and the old, women and men, everybody can fight. . . Can resist, can undertake a task, can bring justice. Workers, unemployed, high school students, shopkeepers, engineers, artists, civil servants, pensioners . . . these people will fight, will bring the enemy to the account! This is what Günay is telling. Are you supposed to be the most brave in this people’s war? No, never. It is enough to love your people and to love your homeland. Our martyrs stepped ahead in the most difficult conditions. They are not the most brave, but they fight and die at the forefront with their consciousness, honor, virtues, morality and sacrifice. That is why they are our most valuables.

It is the Frontist’s debt of honor and fidelity to not to forget their fight and carry it on until the victory.

The humble and militant children of the people are making calls to not to surrender. A woman alone against the horde of murderers wins the victory and they cannot bow her into submission. Günay’s greatest weapon is her historical and political righteousness and her faith in winning.

The laws of science and history are in Günay’s side. We are the legitimate ones, we are the honorable and right. WE WILL WIN! And those who shot Günay have no chance. They are the ones who are rotting and degenerating. The history has sentenced them to death. They are shooting and attacking with this desperation.

Our killers may have tanks and cannons, but they will be defeated anyway.

Because we are the people, we are right and we are waging a people’s war.

Günay is the student of our master who painted beautiful pictures on the wall of history and said: “We are not alone, all the peoples of the world are with us.

We are not weak, our strength lies in our faith and historical righteousness. We will win, because we are the people and we are right. ”