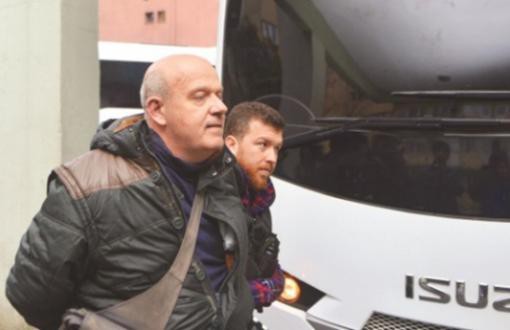 Stefe Kaczynski who is aprisoner in İstanbul,condition’s was being delivered to British Prime Minister Camoran by Scottish MPs Eadie.Eadie point out that There is no offical charges and There is no certain time for him to be judged in front of the court.

Jim Eadie who is a member of Scottish Parliament,also said that He is concerned about Steve’s health conditions in his resolution which is delivered to  British Prime minister Camoran.

In 2 April 2015,Steve who ıs 52 years old British Citizen,had been arrested for being ”Organization  Member’after he was kept in Maltepe Prison in cingle cell,In addition to these,Steve has began a hunger strike since he couldn’t get receive his journal,paper, letters and books

Jim Eadie also mention that he had  interviewed  with Steve’s Brothers .

”He told me that Steve was arrested in Istanbul by the police raid.Altough,There is no offical charge ,He is still in prison”

”In Fact,Steve is being held in solitary confinement”

” Is being prisoner for  monthswithout judging can be  as emergency for British goverment?Is this emergencey situation cause them to act and do something for Steve?Can they protect Steve’s rights and his freedom fromthe turkish goverment?”