If the government of Bashar al-Assad is dismantled, then either ISIS, or other terrorist organizations would take over in Syria, Richard Becker from the anti-war Answer Coalition told RT.

RT: Is there anything really new in the tactics outlined on Monday by President Obama to fight ISIS?

Richard Becker: It certainly didn’t sound like it from what we heard from the Pentagon today that the US is continuing to carry out airstrikes. But I think that everyone knows that an air war cannot dislodge or destroy an organization that has now taken over about a third of Iraq’s national territory, more than half of Syria’s national territory and is spreading into numerous other countries as well in Africa and in the Middle East, and perhaps beyond, as well.

There was one thing that was particularly outlandish, as the lead report mentioned, is that President Obama continues to demand that the government of Bashar al-Assad be dismantled. If that were to happen, if their government were to fall, then it would either be ISIS or other combinations of jihadist fighters, jihadist organizations that would then take over in Syria – there is no question about that. Again, we have a situation that was really was created by the US invasion in Iraq above all and the distraction of Libya as well. But there is no real answer that Obama presented today that I think has any credibility whatsoever.

RT: Obama conceded that fighting ISIS will be a long-term campaign. Will America consider sending in ground troops sooner or later?

Read more
‘This will not be quick’: Obama on Islamic State strategy

RB: There is clearly no appetite for that among the people of the US. I don’t think that there is any question that there would be massive casualties. President Obama considered at the end of August, early September of 2013 that came right to the brink of launching a new war against Syria. But the main restraining force at that time was the opposition by people in the US and people around the world against another war after seeing all the destruction that has been done in the Middle East, in North Africa, and the fact that it has really been the people who have suffered, and it opened the way – particularly the invasion of Iraq – opened the way for the development of ISIS that came as a kind of revenge for that invasion. Unfortunately, the victims of the revenge have been the people of the region.

RT: Obama is in a difficult place here. The American public is tired of Washington’s involvement in the Middle East, but ISIS poses a very serious threat. How does Obama balance this?

RB: I think that is a very serious question. The fact is that the control of the Middle East has been a central objective of US foreign policy going back to the period of WWII and its aftermath. We’ve seen all the coups, all the interventions, the blockades, the wars, the sanctions, etc., etc. to try to establish and retain that control because of the key strategic position of the Middle East and of course the vast natural resources that exist and particularly oil.

And yes, there is no stomach from the people of the US to send hundreds of thousands of troops back into Iraq and to Syria… It is a real quandary, I believe, for President Obama and top military commanders and civilian leaders of his administration… I doubt that even those leaders with all their brass, top military commanders, believe very much that Obama said today will possibly succeed.

The statements, views and opinions expressed in this column are solely those of the author and do not necessarily represent those of RT. 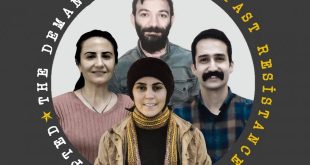