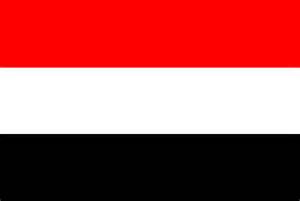 Local Editor
Yemen: Sanaa after Saudi_US aerial raid on July 2, 2015 (Reuters)The Yemeni army and the Popular Committees bombarded on Friday the Saudi al-Hothaira military post in Najran province, forcing all its soldiers to flee away with their military vehicles.

Warplanes from a Saudi-US aggression bombed civic targets in Yemen on Friday, residents said, and sources in the country reported at least 16 people were killed.

Local witnesses said six people including a woman and a child were killed and six wounded in a dawn air strike on the al Jaraf neighborhood of the capital Sanaa.

The state-run Saba news agency reported 10 people were killed by Saudi-led aerial attacks on a building in Bayt al-Faqih city in the southwestern province of al Hodeida.

In the dawn attack, warplanes also hit the ministry of communications building, Saba added, setting it on fire and destroying nearby buildings.

The warplanes staged a further attack on the capital around noon, but there was no immediate word on casualties or damage.

In retaliation for the Saudi-US daily massacres in Yemen, the Yemeni army and the Popular Committees bombarded on Friday the Saudi al-Hothaira military post in Najran province, forcing all its soldiers to flee away with their military vehicles.

Explosions were heard throughout the city as the aerial bombardment concentrated on infrastructure and vital civic facilities in its south and west.

The Saba agency said two people were killed and 15 wounded in the latest air strikes on Saada.

More than 2,800 people have been killed since the Saudi-US military campaign began on March 26. The United Nations says more than 21 million people, over 80 percent of the population, are now in need of some form of humanitarian aid.

The UN on Wednesday designated the war in Yemen as a Level 3 humanitarian crisis, its most severe category.