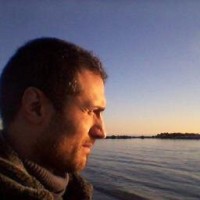 Bahar is a Belgian activist of Turkish descent who has been the subject of an INTERPOL alert since March 2006, relating to allegations by Turkey that he is a member of a proscribed group. As a result of the Notice, Bahar has now been arrested in the Netherlands, Italyand Spain.

Bahar was arrested in the Netherlands in April 2006, Spain in June 2013 and in Italy in November 2013. In total he has been deprived of his liberty for over six months across the jurisdictions (Bahar spent 68 days detained in the Netherlands; 13 days in prison in Italy, followed by 98 days of house arrest; and four nights detained in Spain, including one night in solitary confinement at Soto del Real penitentiary, the same prison in whichPetr Silaev was held). His most recent arrest happened in Spain while on holiday with his wife and young children, who witnessed as a dozen police officers arrested him as he left a public garden.

The arrest warrant is based on allegations that Bahar is a member of the proscribed DHKP/C, group (listed as a terrorist organisation by the EU). Turkey’s evidence for this is that he:

Having considered these allegations, courts in the Netherlands, Italy and, most recently, Spain, concluded that the warrant was without substance and, in every case, extradition was refused. The 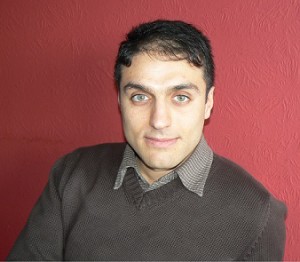 Italian court for example concluded that Bahar’s conduct amounted to exercising his right to freedom of thought, recognising his own pacifist beliefs. A court in Belgium also considered similar allegations in a trial in Belgium in 2005, which resulted in Bahar’s acquittal in 2009.  Most recently a Spanish court found that the facts surrounding his case did not constitute a criminal act.

Turkey has been criticised extensively for criminalising protected speech and conduct under overbroad definitions and allegations of terrorism against political dissenters and human rights defenders.

INTERPOL knew of Bahar’s serial arrests , but it was only in February 2014, over four months after Bahar himself wrote to INTERPOL, that any action was taken. The alert is now ‘blocked’, but it has not been deleted and Bahar continues to live in uncertainty. Fair Trials has seen blocked alerts quietly reinstated, as in cases like that of Petr Silaev, and we have also seen that even when INTERPOL deletes a file, people can still get stopped at borders.

Abuse of INTERPOL Red Notices has resulted in refugees, human rights defenders, journalists and activists being subjected to repeated arrest and detention, even when the allegations in question have been found by multiple courts not to be deficient or politically-motivated. There are other examples of Turkey’s misuse of INTERPOL in our report, “Strengthening respect for human rights; strengthening INTERPOL.”

INTERPOL has now removed the red notice against Bahar Kimyongür. In a letter dated 22 August 2014, INTERPOL wrote to Fair Trials in response to our letter calling on the organisation to remove the abusive alert. The Commission for the Control of INTERPOL’s Files (CCF) concluded that the data provided by Turkey was not processed in compliance with INTERPOL’s rules, and recommended the removal of Bahar’s information from INTERPOL’s systems. We have now received confirmation that INTERPOL’s General Secretariat has removed information concerning Bahar has is no longer registered on INTERPOL’s files.

April Update: On 5th April 2015, Bahar Kimyongür’s wife Deniz Dermirkapi was stopped while transitioning through Zurich International airport, she was travelling with Bahar and their children on a family holiday. Deniz was informed by boarder/police agents that she was declared wanted through “INTERPOL Turkey”. Following consultations with “INTERPOL Berne” she was able to carry on to her connecting flight as the Swiss authorities informed her they had no interest in pursuing the matter further due to the facts in question being very old.

Fair Trials was concerned to learn of the further use of INTERPOL’s system against a family member and on behalf of Ms Demirkapi wrote a letter to the Commission for the control of INTERPOL’s File, requesting access to files concerning Deniz Demirkapi.

June Update: On 11th June 2015, Bahar was stopped in Greece and was detained for two and a half hours. The police confirmed he was stopped on the basis of a national register of wanted persons and needed to check with INTERPOL to confirm whether the file was still valid. He was eventually released but as a consequence of the delay, had missed his connecting flight.