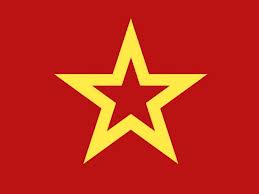 Date: April 1, 2015 / Statement: 444
TAKING THE PROSECUTOR KIRAZ AS A HOSTAGE IS NOT AN ASSAULT ON “JUDICIAL INDEPENDENCE” BUT IS A REBELLION AGAINST INJUSTICE
You will learn what is the People’s Justice!
DHKC Justice and Justice warriors guarantee the future
DHKC justice warriors and Justice are honor of us
We do not implement the law and justice used as covering of fascism, but the people’s justice!
AKP’S JUDGES AND PROSECUTORS PROTECT CHILD MURDERER AND COMMANDER OF KILLERS.
Prosectors, Judges, do not be the sewer rats of the ruling party! Do not accept that!
AKP is the murderer of our children.
Tayyip Erdogan is the head of murderers
We do not forgive the child murderers, the committers of killers!
Justice warriors of the Front (Revolutionary People’s Liberation Front) SAFAK YAYLA and BAHTIYAR DOGRUYOL penetrated into the Europe’s biggest, “highly secure” Caglayan Courthouse, where AKP’s thieves and killers were protected, and since Berkin Elvan’s murderers were protected for 655 days, they took the AKP’s recent prosecutor, namely prosecutor Mehmet Selim Kiraz as hostage at around 12:36, on March 31, 2015.
DHKC justice Warriors’ demand was to release the names of Berkin Elvan’s murderers who are protected for 655 days and begin their trials and prosecution!
AKP PREFERERRED MASSACRE INSTEAD OF PROSECUTION!
JUSTICE WARRIORS SAFAK YAYLA AND BAHTIYAR DOGRUYOL HAVE BEEN EXECUTED BY AKP.
AKP AND ITS COPS ARE RESPONSIBLE FOR THE DEATH OF PROSECUTOR SELIM KIRAZ WHO TOOK HOSTAGE IN THE NAME OF THE PEOPLE’S JUSTICE
AKP WASTED ITS PROSECUTOR.
AKP GAVE UP ON HIS PROSECUTOR! THAT IS WHAT THEY WORTH FOR! PROSECUTORS SHOULD QUIT PROTECTING THE MURDERERS!
WE WILL MAKE THEM TO PAY FOR THE CAUSE OF SAFAK YAYLA AND BAHTIYAR DOGRUYOL
Prosectors, Judges, do not be the sewer rats of the ruling party! Do not accept that!
THERE IS A KID’S COFFIN THAT STAYS IN THE MIDDLE OF THE ALL DHKC SYMPATHIZERS? HEART FOR A YEAR
THERE IS A KID’S GRAVE, IN THE MIDDLE OF THE ALL DHKC SYMPATHIZERS’ HOME…
NOW, THE FIRE IS IN THE HEARTH OF THE ANATOLIA..
A GRAVE.. A COFFIN FOR A 15 YEARS OLD CHILD!
Justice is known with us!
with their bravery, DHKC justice warriors became the alphabet of the words of resistance!
we will speak, you will learn to listen! This will start the road to the Justice!
You victimized mothers with handful bones and sand left from their kids!
You will pay for this!
The spirit of devotion we equipped with, the death and opression ( that comes) from you will be defeated .By this, we will be the one to serve justice, and will become millions and millions walking towards the revolution (up against you)!
The Fascism: The most reactionary, chauvinistic, bloodthirsty dictatorship of the monopolist bourgeoisie.
And the honor to defeat fascism is ONLY FOR socialists! You will learn this!
We are fighting for Bread, freedom and justice!
Stop the terror demagogy!
During 655 days, we demanded justice for the prosecution of the Berkin Elvan’s murderers.
Since we asked Justice we bombed with gas shells!
We were dispersed with water canons, dragged on the ground, taken into custody, arrested..

Yes, we demanded the justice so we kept in prisons for months, and still our people imprisoned…
There are hundreds investigation has opened for those who demanded the Justice for Berkin Elvan, and for those who participated in the action.
For 655 days, we demanded only justice for Berkin Elvan.
Although any evidence about police officers who murdered Berkin, including Camera records, eye witness statements etc., presented to the public prosecutors, they protected the killers by obfuscating the evidences for 655 days.
The on going trials about the murderers of June Martyrs were driven from one courthouse in one city to another one in another city, mostly for every trial. (June Martyrs: protesters killed during June uprisings in Turkey)
The penalties given for the murderers of Ali Ismail Korkmaz and Ethem Sarisülük were more like “rewards” due to “good behaviour” their penalties were reduced.
During the trials, the judges, prosecutors called murderers as “SIR”
They said ” we heard you were sick” and their “get well soon” wishes presented so that the whole world has heard the message.
The lawyers, the family of victims were beaten with batons by cops.
The judges, prosecuotrs were fallen asleep, (and snoring) during custodies, trials?.
The supreme court (the upper level court) made decision on that by a statement as “just resting the eyes, not sleeping”
Is that Justice? Justice that protects the public enemies is not the Justice!
In this country, while every child born into two thousands USD in debt, President Recep Tayyip Erdogan at first, AKP (ruling party) members kept their eyes on the orphans and infants’ sustenance, stole million dollars from their future..
So to speak to maintain justice, what did the the courts, prosecutors, judges do?
They protected thieves, murderers!
DO YOU CALL THAT JUSTICE?
WE WILL SHOW YOU THE JUSTICE!
The Justice is not the Justice if it protects the thieves, murderers!
AKP IS THE MURDERER OF OUR CHILDREN! TAYYIP ERDOGAN IS THE HEAD OF MURDERERS!
Berkin Elvan was murdered at the age of fourteen, by the order of Tayyip Erdogan as the Prime Minister at the date.
He stated “I gave orders” for the massacred children of us, on June uprisings!
For killer cops he said “Our police wrote the legend”
Berkin Elvan has never been the first or last, during the ruling of AKP…
It was just last week, AKP’s murderer cops shoot 14 years old teeanage, Deniz Genç, from her head with gas cannon Gazi province in Istanbul .
Deniz Genç is still comatose.
In Cizre (eastern of Turkey), the murderers of 12 years old Nihat Kazanhan was released.
Ugur Kaymaz was (at the age of) 12, and 13 bullets found in his body. His murderers did not receive even for a day of sentence.
Based on Tayyip Erdogan’s orders with his words “even child or woman, whatever it takes will be done”, even the cases left unopened for the murderers who massacred those children.
AKP IS THE CHILD MURDERER! 241 CHILDREN HAVE BEEN MURDERED WITHIN 13 YEARS OF AKP RULING
NOT EVEN A KILLER WAS PROSECUTED AND CHARGED
AKP gives the massacre orders. Its murderer cops commit manslaughter.
Judges and prosecutors of this country, who supposed to implement the law and ensure justice in courts, didn’t even OPEN an investigation.
There is only one work for them: protecting the public enemies.
There is Peoples? Justice!
We will not accept any injustice imposed by the AKP fascism to the public.
Acccepting and tolerating this injustice is becoming the part of new massacres and all kinds of injustice.
It is impossible to live without Justice.
There is Peoples? Justice, too!
We will teach Peoples’ Justice to public enemies.

From THKP-C to Devrimci Sol, to DHKC, our history is also the history of the fight for the justice within 45 years.
Mahir Çayan and his 9 comrades have been fallen at Kizildere, on march 30th 1972, for the sake of independence of the country, justice, and our people?s liberty.
They have taken three British agents as hostages to prevent the execution of Deniz Gezmis, Yusuf Aslan and Hüseyin Inan by fascist government. Their only demand was the justice..
Who could say that there was lawful justice for the execution of Deniz and his comrades?
Here is the question: AKP built the world?s, Europe?s biggest courthouses: Can anyone say that there is justice and lawful act in these palaces of justice?
In Kizildere, on March 30, 1972, American servants chose to commit massacre of 10 revolutionaries, instead of stopping the execution of Deniz and his Comrades
At present, on March 31, 2015, American lackey and fascist AKP massacred another two revolutionaries, instead of releasing the names of Berkin Elvan murderers who were not prosecuted for 655 days.
We will make you pay for these massacres. We, from Kizildere, from the adobe houses, will come to destroy your palaces!
THE CONCEPT OF PEOPLE’S JUSTICE WAS PLACED ON THE PUBLIC AGENDA BY OUR ORGANIZATION.
Noone can obfuscate the justice in our actions with terror demagogy.
Throughout the history, our actions will keep showing their effects.
In the struggle of classes in our country, the concept of PEOPLE?S JUSTICE, was incorporated into our culture by the punishment actions of DHKC.Upon the injustice of military Junta (so called 12 September Junta), in 90s this expression was settled by DHKC actions through punishment of junta chiefs, torturers and murderers,and became theexpression for people’s one of the most important aspirations.
With our actions, people, who are thirsty for justice, feel relieved.
Our actions indicate that people will not surrender to injustice and they will not live without justice.
THE GREATEST TERRORIST IS FASCIST GOVERNMENT!
TAYYIP ERDOGAN IS THE LEADER OF TERRORIST STATE!
You do all kind of unfair actions.
You do murder the people.
You do protect and acquit murderers… You even disobey your own legislated laws.
When people demand for justice, when People’s Liberation warriors act to make you pay, implement the People?s Justice, you call all these as terror acts.
Everyone must get a grip.
Everyone should watch their words, nobody should be trying to be the murderes?, the fascist AKP?s spokesman.
Is there any greater terrorist than AKP that massacred our 241 children?
Is there any greater terrorist than AKP that did not allow prosecution of Berkin Elvan murderers since 655 days?